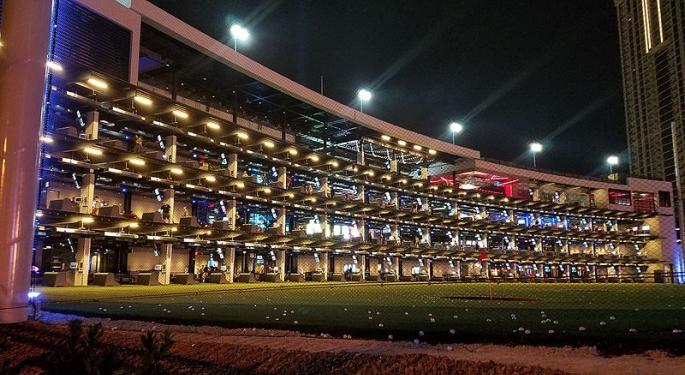 In the past few years, professional sports firms have been investing in esports. Huge waves have been made by sporting activities like auto racing, basketball, and the almighty football. But, where does golf fall into all this?

With esports gaining notably traction every passing year, the fanbase’s unwavering focus now turns to gambling on the very same esports they’re used to watching. Many sites like CSGOBettor.com provide their readers with a complete list of sites where you can do so – be it for skins or real money!

Here, we are talking about a more competitive variant that takes place on the normal driving range. Players hit some balls on an old driving range with different golf balls in the bid to get better accuracy and swings.

According to a report carried out by Venturebeat, the gaming firm named Topgolf is planning to add esports centers to its core business in at least 6 venues in the United States.

The concept of gaming has been updated by Topgolf in the 21st century. They separate the driving range into different comfortable bays just like the bowling alley. They now make clubs and balls available for players to pick, and get into the advanced section of the game.

Here, the accuracy of the shots is measured with a tracer and sensors on the balls out on the ranges and around the various targets. For taking part in the competition in the group, the measurement now gives the players a score.

Players of Topgolf are not restricted to their group alone, but can play across tournaments and leagues. More than 100 million visitors have been received by the firm in their complexes in the United States.

So, why would a golf centered business decide to delve into esports? One of the reasons for this is the acquisition of World Golf Tour (WGT), the online gold game with millions of registered players who compete in golfing tournaments on the web.

When the GamesBeat interviewed the president of the company, YuChiang Cheng on why they are adding esports to their offerings, he said that when WGT was bought by Topgolf, they came to the realization that they want to be more than a venue or a business that is situated in one location. They also came to the realization that the secret of their success is the fact that they bring people together, only that golf game, a driving range, happens to be the avenue.

According to him, they are delving into mobile and console esports, coupled with those of the PC. They’ve also delved into miniature golf. If you happen to find yourself in the mini version of Topgolf Swing Suites, you can enjoy zombie dodgeball, hockey, football, and baseball.

Could Topgolf Create Its Own Esports

One of the most significant questions that were asked Cheng during the interview was whether the firm is inclined to create its own esports.

While answering the question, he posited that they are almost already doing the same thing with WGT. There are up to 16 million players in WGT. The most recent US Open, which they are about giving a new name, is one of the most original esports activities. For more than 8 years, the firm organized the internet WGT U.S. Open tournament. It only needs to be rebranded to give it a modern look and feel.

He went ahead to say that they had 350,000 participants last year. They have organized a real trip to the US Open and offered all sorts of prizes. He ended by saying that they will go on with their investment in the WGT as a professional golf platform.

This news will be an amazing one for golf enthusiasts that have been longing for a real esport and have not gotten one. Even during the days of 8-bit gaming, Microprose Golf, PGA Tour Golf and Leaderboard were huge hits with players in the 90s and 80s.

But after a few years, WGT and other online games are sitting on the same pedestal as other established games like EA sports golf and some other titles.

Currently, golf has no established esports community at the moment. But this could be changed by this move by Topgolf, especially if they succeed in branding WGT an esport that can be easily played, and where prizes could be offered to lure in players.