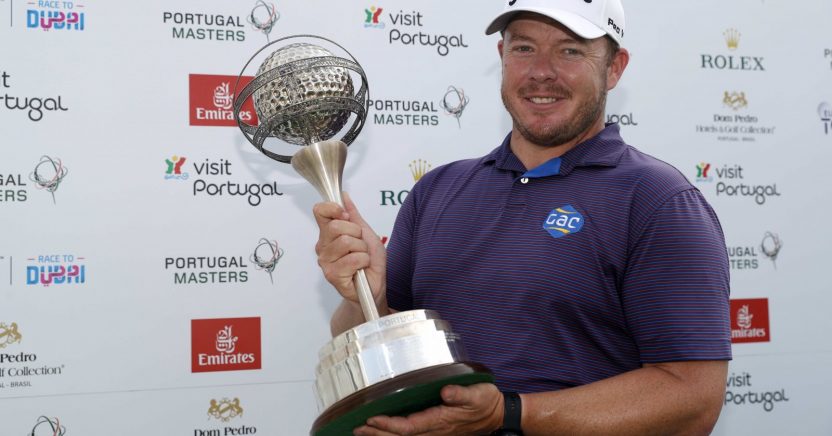 South Africa’s George Coetzee won the Portugal Masters by two shots after firing a final round 66 at the Victoria Golf Course in Vilamoura.

The 34-year-old began the day with just a one-shot advantage, but was knocked off the top of the leaderboard early on after parring his opening six holes in a patient start to his final round. He made his first birdie of the day from 20 feet on the difficult seventh, before picking up another shot from a similar distance on the short eighth to get to 13 under and regain his one stroke lead.

After making another gain from nine feet at the 11th, Coetzee made key par putts on the 12th and 13th to remain in front as the chasing pack began to gather just behind him on an incredibly bunched leaderboard.

He then holed brilliant birdie putts at the 16th and 17th to move to 16 under and give himself a two-shot cushion heading to the 18th tee.

Coetzee saved his best drive until last and went on to make a nerveless par to win for the second week in a row, having also tasted victory at the Titleist Championship at Pretoria Country Club on the Sunshine Tour last week. He finished the week on 16 under par after earlier rounds of 66, 70 and 66.

Englishman Laurie Canter finished alone in second on 14 under, after he also made five birdies in a flawless 66, while world No.16 Tommy Fleetwood was another stroke back in a tie for third with Swede Joakim Lagergren after closing with a seven-birdie 64.