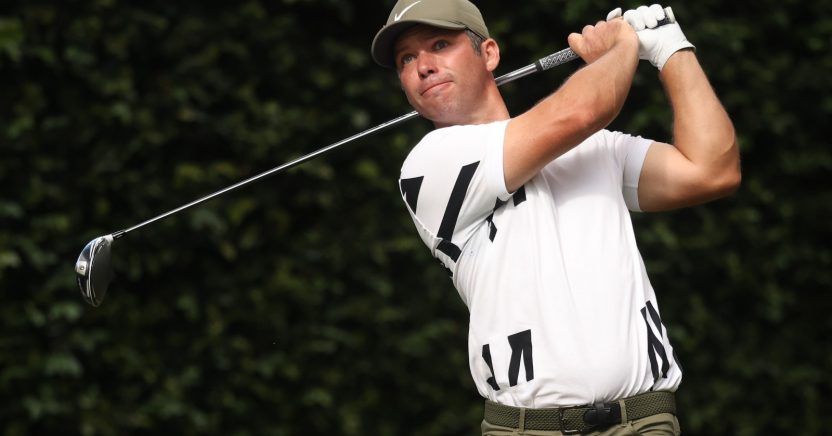 Share:
The list of qualifiers for the men’s golf event at the delayed Tokyo 2020 Olympic Games has been announced by the International Golf Federation, and it doesn’t contain Justin Rose, winner of the gold medal at the 2016 Games in Rio, or the other two medallists, Henrik Stenson and Matt Kuchar.
All three players have dropped too far down the rankings to be considered for their respective national teams, with Rose ranked 44th, Stenson 155th and Kuchar 64th.
Team GB will be represented by Paul Casey and Tommy Fleetwood, after Tyrrell Hatton, Matt Fitzpatrick and Lee Westwood all reportedly turned down the opportunity to travel to Japan, while Sweden’s men’s team will comprise Henrik Norlander and Alex Noren, with Stenson as the first alternate if either chooses not to play.

The top 15 world-ranked players are eligible for the Olympics, with a limit of four players from a given country. Beyond the top 15, players are eligible based on the world rankings, with a maximum of two eligible players from each country that does not already have two or more players among the top 15. The host country is guaranteed a spot, as is each of the five continents of the Olympics.

Team USA will potentially field a team of four, comprising Justin Thomas, Collin Morikawa, Xander Schauffele and Bryson DeChambeau. Dustin Johnson had qualified but already stated his desire to stay in the US to prepare for the FedExCup. USA is the only country with more than two qualifiers for the 60-player field, which will compete at Kasumigaseki Country Club from July 29-August 1.

Among the provisional teams, US Open champion and new world No.1 Jon Rahm could potentially be joined by Rafa Cabrera Bello in the Spanish team, although Adri Arnaus is understood to be on standby, while Ireland will be represented by 2019 Open Champion Shane Lowry and Rory McIlroy if both players decide to travel. One player who will definitely be there is reigning Masters’ champion Hideki Matsuyama, who will tee it up alongside Rikuya Hoshino in representing the host nation.

The men’s qualification system for the Tokyo 2020 Olympic Games began on July 1, 2018 and originally was to have concluded on June 22, 2020. However, following the postponement of the Games due to the pandemic, the IGF and International Olympic Committee moved the qualifying date for points until the end of June 2021.

The women’s rankings will be finalised after this week’s KPMG Women’s PGA Championship. The 60-player women’s Olympic competition will be held at Kasumigaseki CC from August 4-7.

The deadline to finalise the members of each team is July 5.