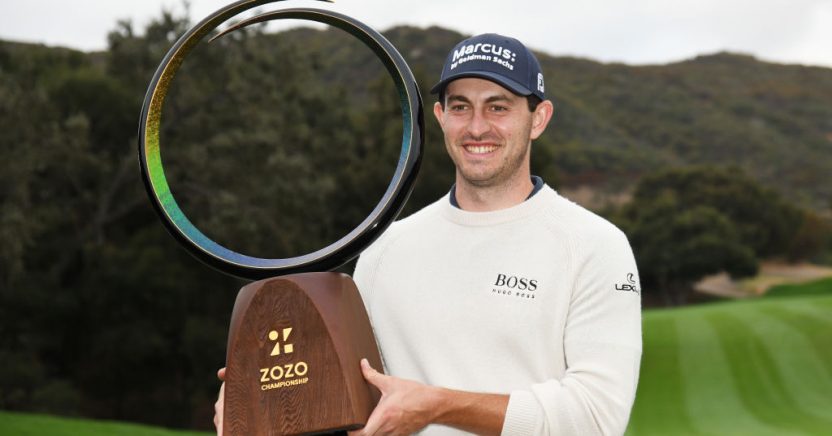 American Patrick Cantlay fired a final round 65 to win the PGA Tour’s Zozo Championship one shot from Jon Rahm and Justin Thomas.

The 28-year-old world no.14 began the final day at Sherwood Country Club in California three shots behind Thomas, but finished in front on 23 under par after bagging nine birdies.

Thomas made three birdies of his own in the first six holes, but finished with a 69 to share second with Rahm, who closed with a 68. Rory McIlroy made 29 birdies over the week, his record for a PGA Tour 72-hole event, but was eight back in tied 17th.

In cool, overcast conditions, Cantlay moved two shots ahead with four birdies in five holes from the 11th, but dropped a shot after pulling a wedge into a tree at the par-five 16th. He parred the final two holes to set the clubhouse target, leaving Rahm needing to hole from 19 feet at the last for a birdie to force a play-off. It stayed up and the Spaniard was denied a return to the top of the rankings as Thomas, one ahead going into the final round, made a closing birdie to match him at 22 under.

Tiger Woods, a five-time winner and five-time runner-up at the Sherwood Country Club and defending Zozo champion following his win in Japan last year, finished joint 72nd at one under after a 74, with playing partner Phil Mickelson 76th at three over after a 78.