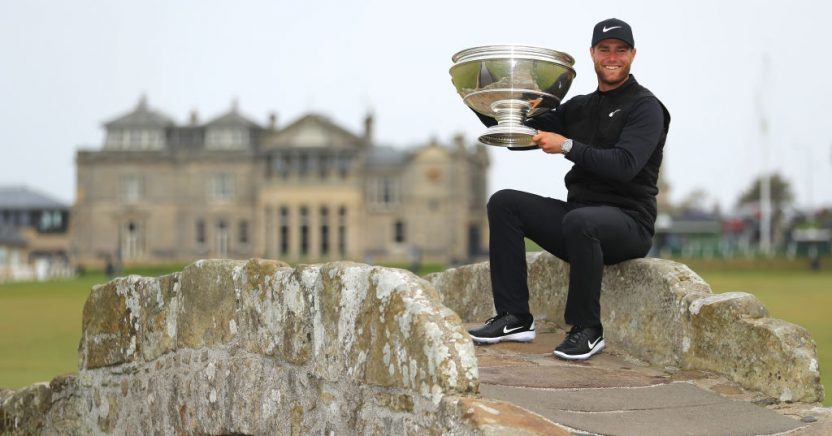 After a shotgun start at 8.30am on Sunday due to expected high winds, it was the 27-year-old Dane who came from four shots behind to win by one from Hatton and Tommy Fleetwood. 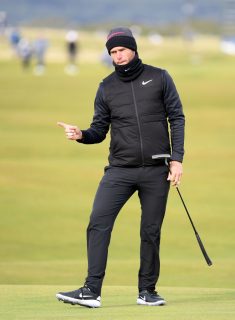 Bjerregaard was ten-under par at the start of the final round, but posted an excellent 67 in difficult conditions to finish on 15 under and claim his second European Tour victory.

After making birdies on four consecutive holes on the front nine, Hatton, who won the Dunhill Links title in 2016 and 2017, held a five-shot lead at one point, but four dropped shots on the back nine saw the 26-year-old from High Wycombe finish with a level-par round of 72.

Hatton’s fellow Ryder Cup hero Fleetwood’s final-round of 69 was enough to tie second with his teammate on 14 under par, but a missed six-foot putt for birdie on the final hole cost him the chance of a playoff.

Bjerregaard said: “It was a great day, and obviously one of the best rounds I’ve played all year. It didn’t really look like I had much of a chance. It looked like Tyrrell was going to run away with it. But I just kept going about my business. I knew the back nine was going to play tough, so I thought if I could throw in a few birdies there, I would still have a chance. I didn’t rush it and they just slowly came. The one on the 16th was really nice.”

Bjerregaard revealed that he received inspiration from the European Ryder Cup win after being invited to Paris by team captain Thomas Bjørn.

“I had never been to the Ryder Cup before, but Thomas was kind enough to invite me. He showed me around. I saw the team room and the locker room, and I would be lying if I said I wasn’t inspired going home from there.” 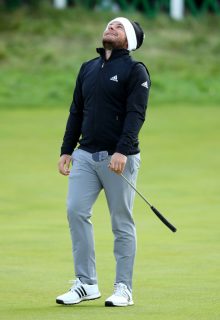 Tyrrell Hatton dropped four shots on the back nine, and then missed a birdie putt on the last, to end his chance of winning a third consecutive Dunhill Links title

A deflated Hatton said: “The momentum completely went after the tee shot on the 10th. I guess my putt on the last to get in the play-off sums it up, really. Just a massive gust of wind just knocks me off. I’m pretty disappointed because I had a five-shot lead at one point. It was in my hands.”

Australia’s Marcus Fraser started the day one behind Hatton, but finished with a 77 to slip down the leaderboard. Scotland’s Stephen Gallacher was also in contention, but his final round 75 left him on eight under par, seven adrift of Bjerregaard.

The Dunhills Link tournament is played over the Old Course at St Andrews, the Championship Course at Carnoustie and Kingsbarns Golf Links.  With a prize fund of US$5 million, the championship incorporates two separate competitions – an individual professional tournament for the world’s leading golfers, and a team event in which the professionals are paired with some of the most celebrated amateur golfers which creates a unique atmosphere. 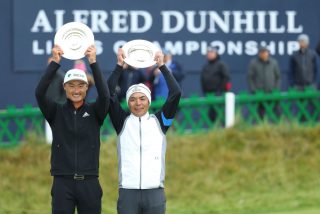 Haotong Li and amateur partner Allen Zhang became the first Chinese winners of the team event after finishing the week with an 11-under-par final round 61 over the Old Course. Zhang sank the eventual winning putt – a five-foot effort for a birdie on the 5th green, their penultimate hole after teeing off on the 7th hole in the shotgun start.

“My partner played very well today – and his birdie, on a hole when he did not have a stroke, was a great moment for us,” said Li. “It is also history, pretty much, with us winning this competition.”

Li shot a six-under-par 66 to end the individual event in fifth place, and he earned an additional cheque of $50,000 for the 35-under-par team score alongside Zhang. It gave them a one-shot victory over Thongchai Jaidee and American businessman Scott Desano.