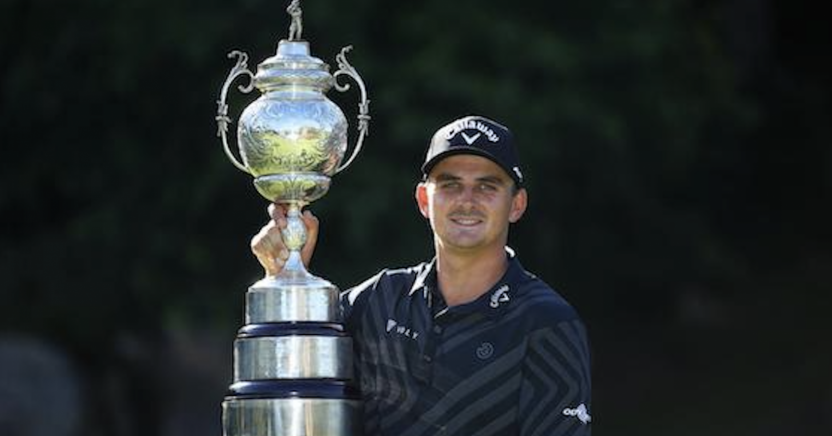 South Africa’s Christiaan Bezuidenhout picked up back-to-back wins on the European Tour after a final round 69 proved enough for him to claim the South African Open title at the Gary Player Country Club on Sunday.

Bezuidenhout carded only three bogeys over the four days with some exceptional driving and consistency with the putter as he finished with a tournament total of 18-under par.

In the end he secured a five-shot victory over Welshman Jamie Donaldson (69), whose consolation is a place at next week’s World Tour Championship in Dubai. It is a third victory on tour for the 26-year-old Bezuidenhout and comes hot on the heels of his win in the Alfred Dunhill Championship at Leopard Creek last weekend.

“It’s unbelievable to stand here with an SA Open win. It is every South African golfer’s dream to win the national championship,” said Bezuidenhout. “I have fought hard today. The front nine things did not go my way. I am just happy to come out with a win.”

His latest triumph has moved him into the top five on the Race to Dubai rankings and up to 35 in the world, ahead of the season’s final tournament at the DP World Tour Championship event on the Jumeirah Golf Estates course in Dubai.