Are you ready for the Alfred Dunhill Championship? - Golf News | Golf Magazine 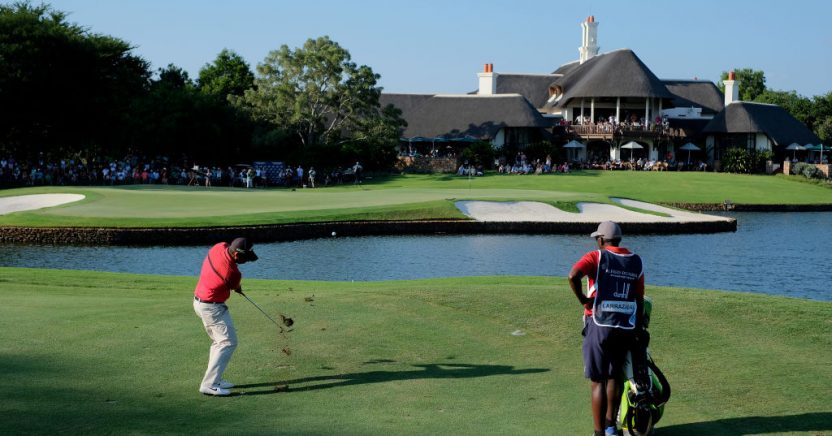 Are you ready for the Alfred Dunhill Championship?
News

As announced last month the Alfred Dunhill Championship is taking place for the second time in the 2020-21 campaign. The gorgeous venue at Leopard Creek Country Club, alas, will be off-limits to the public. Security measures in epidemic times must be respected, but the four days of competition will be broadcasted live, from Nov. 26th to 29th. Apart from missing the trip to South Africa, you can still enjoy the event. And search for an additional bonus on https://mybettingsites.co.uk/promo-codes/betfair-promo-code/ that will direct you to the best golf sites to spice up your online experience.

There are some juicy news on the line-up for the tournament. A “Big-5” list of names has been disclosed, including Pablo Larrazabal, Brandon Stone, Richard Sterne, Alvaro Quiros and Marcel Siem. In 2019, the Spanish champion Larrazabal fought a hard battle to victory, defeating not only competitors but also the scorching heat and painful blisters. Stone won the title in 2016, the same year when he won the South African Open.

The champion from 2008 and runner-up in 2016, Richard Sterne, is pursuing a personal record of multiple victories at the Alfred Dunhill Championship. Only two players succeeded in that before, Charl Schwartzel and Pablo Martin. The third Spaniard who won the title in 2006 is Alvaro Quiros, who is now getting ready to double his result after more than a decade.

One more returning champion, the winner from 2004, is the German Marcel Siem. At that time, he set a record for the longest play-off in the history of the tournament. He contended three extra holes to the French opponents Gregory Havret and Raphael Jacquelin.

Leopard Creek Country Club as the host joined forces with the European Tour.  Alfred Dunhill Championship is one of three co-sanctioned tournaments with the Sunshine Tour in South Africa (the other being the Joburg Open and the South African Open) and the one with the richest purse, amounting to R29 million.

Upon announcing the Nov. 26tth -29th event, Keith Pelley, Chief Executive of the European Tour, said: “Our sincere thanks go to Johann Rupert and Alfred Dunhill for what is yet another significant commitment to golf and the longstanding partnership between the European Tour and the Sunshine Tour. Leopard Creek is one of the most unique venues on our Tour, and we are very much looking forward to returning there this year.”

The details of the tournament are as follows:

Conditions of play:
A 72-hole stroke play championship with 18 holes played each day.

The field will comprise 156 Professionals.

If a play-off is required, it will be a sudden death over the 18th hole.

Play will be following the Rules of Golf of the Royal and Ancient Golf Club of St Andrews, the PGA European Tour and the Sunshine Tour Tournament Rules.