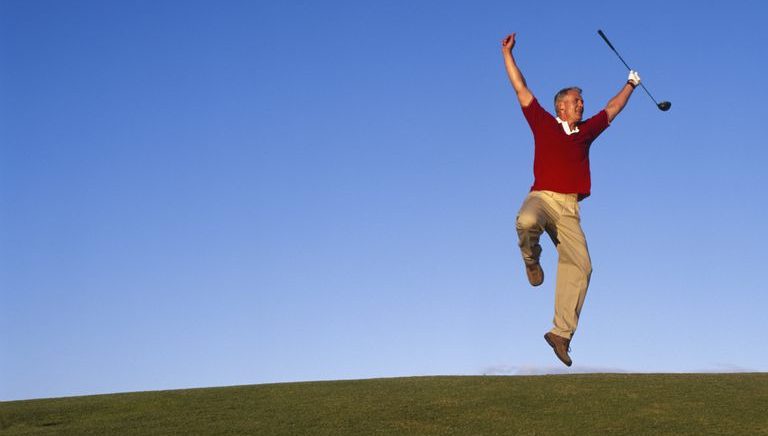 Many golfers love to gamble as much as they love to play golf. Side betting or golf money games are very rampant among friends when they want to relax. Now, the question is, how can you concentrate more on your round? We have made a list of the 5 best money games that you should consider when next you get to the golf course with your set of friends.

Of course not everyone has the time and friends who want to dedicate valuable golfing time to playing gambling games like these. If you absolutely must get the most out of golf-themed games like these, NewCasinosUK.com list a good selection of new casinos online, along with the games they offer and bonuses – so you don’t feel you need to miss out.

Many people regard this as the best golf gambling game out there, and it is the most popular of all of them. The foursome could be enjoyed for team or individual matches.

Many people who are new to golf gambling games will ask how this game works. The answer to that question would be that in Nassau, an 18 hole match is broken into three different matches. In the breakdown one is set for the overall score, one is set for the back and the other one for the front.

Before the beginning of the match, the amount is determined by the foursome.  For instance, if the foursome decides to do a £10 Nassau, what it means is that each of the players would contribute £30, and this covers £10 for the overall match, £10 for the front, and £10 for the back.

This is another very popular golf money game. Here, you have a very simple match play. Each of the holes is valued at a set number of skins. Here, each hole may have the same number of skins, or the number may increase as the round progresses in such a way that the value of each hole in the front 9 will be 10, while that of holes 10 -17 may become 25, and the value of hole 18 may become 50. At the end of the round, whoever has the highest number of skins wins whatever lies in the pot.

The skin value is carried over by holes. So, if two players shoot par on a hole with 10 skins, and the remaining two players end up with bogey, it means that the value of the next hole would be 20 skins for every player. This is the best money game for groups of 2-4. If the golfers are of different skills and levels of expertise, handicap could be considered for the hardest holes, for instance, if the best player is an 8 handicap, while the player that follows is a 16 handicap, a stroke on the eight hardest holes should be offered to the latter.

Vegas is another popular game meant for a group of 4 people. The structure is similar to that of ‘best to next’. Here, the only difference is that for the score of each team, a double digit number is to be created, starting from the lowest number. For instance, if a team shoots 4-4 on a hole, and the team that follows gets a 3-7, the score is written as 44 and 37, and the team with 37 wins. However, there is an exception to this, and that happens whenever a player shoots 10 or higher. In that case, the number is placed first. An example of that is when you have a 6-10 round. Here, instead of 610, you’d have 106. Here, you map out an amount for each of the holes, and the lesser number is the winner.

Meanwhile, some fun variations also exist here. They include sleeze plays where teams are decided each hole when the two players that their tee shots went farthest to the left or right are paired. The next involves sleeze plays where each point is counted as a unit. For example, $1 per point is what you are playing for. If 4-4 is shot by a team and 5-6 is shot by the other, the team that shot 4-4 first gets a $12 or 12 points advantage up on the hole in a 56-44 format.

This is another golf money game that is classic in style. Here, for each hole, one player among the foursome is tagged the wolf. The wolf will now decide to play the hole 1vs. 3 or to team up and play it 2 vs. 2.

Now, the way this game works is that the wolf tees off first on every hole. After this, they will now relax and watch as the foursome play their drives. At the end of each drive, the wolf will now choose to partner with the golfer on the hole or to play the hole alone in a situation where he alone faces the other 3 players in the foursome. At the end, the hole is won by the side that has the better ball. Here, the better ball means the lesser score among each of the teams/sides.

If the wolf finds the drives by one of the other golfers desirable, he may decide to partner with them, but this decision must be made immediately after the player hits the drive. If the wolf decides to pair with a player for, instance, 2 vs. 2, the meaning is that the golfers on the side that losses will make a $1 payment to each golfer on the side that wins. It’s good to know that $1 is a placeholder here, as the winnings in wolf could add up to higher amounts, so you have to be circumspect on setting your bet very high up. If the hole is played solo by the wolf, it means that he will win $2 from each player among the other three opposing him, while if he fails to win, he pays them $2 each.

Now, you are advised to go with this golf money game only if you must play with the exact order vs. ‘ready golf’. This is the money game where each hole has a total of three points. The points are divided for three players that achieve different feats in the game.

The player that gets to the green or bingo first will have one point, the player that ends closest to the pin or bango has one point, while the first player to bongo or hole out also has one point. This game has been adjudged by many as an amazing one to try, and one of the reasons for this is that it is one where the man with the best score will not always turn out the winner.