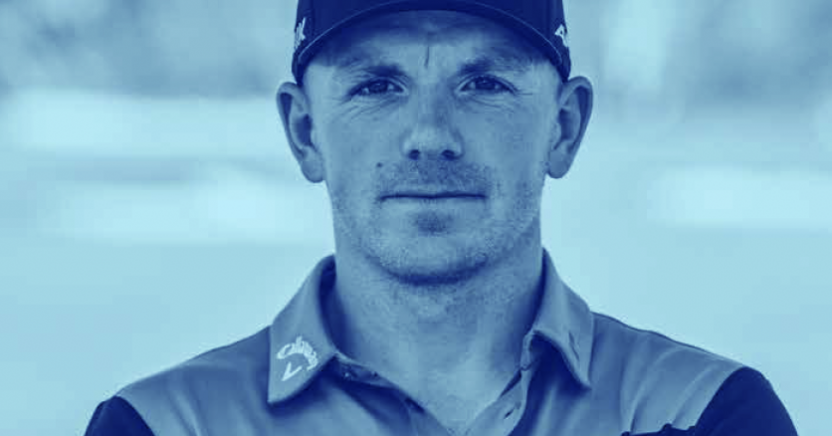 With four European Tour titles already to his name, Matt Wallace knows a thing or two about getting his head in front, but the 29-year-old Londoner is hungry for more success, and a coveted place in the Europe’s Ryder Cup

Ask Matt Wallace what represent his goals for this season and the answer comes back before the question has time to settle. “Win,” says the 29-year-old Londoner. “Pretty simple.”

In truth, it felt the only thing missing from the season just past. Wallace’s 2019 might not have been highlighted by three victories like the year before, but it was another season of golfing growth.

Finishing third at the US PGA Championship was the standout result of the season, to go with the runner-up spots at both the Dubai Desert Classic and the British Masters, which, along with half-a-dozen other top-10 finishes, plus a tied 12th at the US Open, took Wallace to a career-high 23rd in the world rankings midway through the year.

And although the absence of a win still smarts with Wallace somewhat, improvements have been made during the off-season, such that it is for global tour players these days, and he is able to look back on 2019 in a generally positive light.

Ask to sum it up, he says: “There was good consistency all year, some good results, which was nice, but I am always striving to win. You want to get over the line and hold the trophy.”

He adds: “I guess it [2019] just wasn’t my year. But if I look at the overall position of where my game’s at – I finished seventh on the Race to Dubai and I was 10th in 2018. I was 29th in the world at the end of the year, improving on my world ranking from 44th at the end of 2018, so I’m very happy with how I’m progressing. It was just a shame I couldn’t capitalise on a really good start to the season with the Rolex Series events, and some of the other big tournaments at the end. Overall, I’d give myself a B+ grade for my efforts.”

Indeed, Wallace’s best performance at the business end of the year came in the European Tour finale, a tied 28th at the DP World Tour Championship in Dubai. Having been keen to finish the campaign on a high, he puts the disappointing run – 60th China, 50th in Turkey and 44th in South Africa – down to sheer exhaustion. With 28 events, Wallace may have played one fewer tournaments than last year, but the four competitive weeks on the bounce were a culmination of a season spent trekking around the world to compete – a sign of his relatively newfound place among the game’s elite.

“That was the biggest frustration – the last five weeks,” he says. “I was very, very tired and played a lot of golf. I was feeling fine, but just not being able to play the golf I know I can was very disappointing.”

Still, the highlights came earlier in the year. At the Open in July, Wallace was paired for the opening two rounds with Tiger Woods and, after initially coming to terms with playing alongside one of his golfing heroes, he outperformed the 15-time major champion.

Wallace shot rounds of 73 and 70 at Royal Portrush to sit a one-over par, while Woods, a three-time winner of the Claret Jug, missed the cut. It’s just one of the experiences in 2019 that he looks back at fondly.

“Playing with Tiger at the Open was really special. Apart from my own results, it was the highlight of my year,” Wallace says. “He’s a super nice guy and great to play with. His aura, and the impact he has on the crowds, is amazing to see first-hand. As soon as I got over the initial ‘I’m playing with Tiger’ thoughts, it was then fully focused on how I was going to perform as best as I could. I think actually playing with him helped me to focus better. On the first tee, he hit it up the left hand side, and I remember saying to myself ‘he is human after all’ and I hit mine down the middle. I was happy with how I performed with Tiger and it’s a great story to have for the rest of my life, but hopefully I’ll get to play with him again before he calls it a day.”

He continues: “The other highlight for me was playing in all the majors; playing the Masters; coming third at the PGA; playing in the US Open at Pebble Beach, another course I’ve always wanted to play, and doing well there, was really special.”

All those experiences has provided added motivation for what Wallace hopes to be an even better 2020. Other than a return to the winner’s circle, cracking the world’s top ten ranks as a priority. So, too, does a debut appearance for Europe at the Ryder Cup at Whistling Straits in September.

Back in 2018, Wallace came agonisingly close to making Thomas Bjørn’s team for Paris, with a third win of season at the Made in Denmark tournament, just days before the end of the qualification process, putting the Englishman firmly in the running for a captain’s pick. In the end, the Dane plumped for the experience of Ian Poulter, Paul Casey, Sergio Garcia and Henrik Stenson.

At the time, many thought Wallace should have been given the nod. The frustration at missing out, though, will drive him on to qualify automatically for Padraig Harrington’s side.

“Getting on that team will be massive,” he says. “I play with all of the guys pretty much every week who have been part of Ryder Cups, and who played in Paris, and it’s pushing me forward so much – especially given how close I came last time. So I want to be there. And hopefully I won’t give Padraig the choice to have to pick me, and I’ll be there on merit.”

It makes a fast start to 2020 all the more important, so a missed cut in Dubai, sandwiched either side of a 64th in Abu Dhabi, 44th in Saudi Arabia and 58th at the WGC-Mexico Championship, falls some way short of ideal. However, Wallace is not downhearted and knows where he’s got to improve. “I’ve got to work on my technique a little bit more. I need to work on my driving and get it back to where it was at the start of the last season. I’ve improved my iron play, but that can still be improved. Short game, putting as well – it all can get better.”

Helping him to do just that is a new bag of equipment, following Wallace signing a staff contract with Callaway at the beginning of the season. The Londoner teed off his 2020 campaign with the recently-launched Mavrik driver and fairway woods in the bag, as well as the Apex Pro irons, the Jaws MD5 wedges and a prototype Odyssey putter.

Wallace said: “I’ve been a Callaway fan since I was young, so it’s a thrill and an honour to become a member of the Callaway Tour Staff. I’ve been working with the tour team to get my new equipment dialed and I’m really pleased with the numbers I’m getting.

“With the new gear in the bag, I’m looking forward to getting back to the ambitious younger Matt Wallace that I was a couple of years ago when I tried to win as many tournaments as possible. I’ll be heading into every single event this year with lots of energy because I have my schedule planned a bit better, so I’m going to be giving my best in every single tournament.”