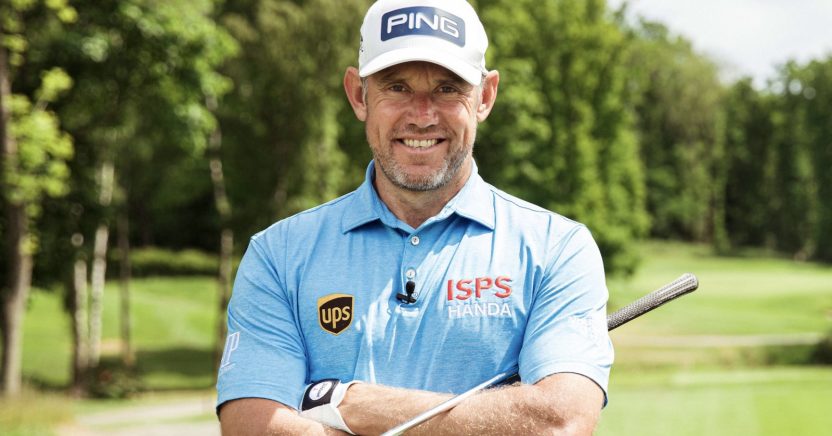 After enjoying a renaissance in the twilight of his impressive career, LEE WESTWOOD is hoping to go out swinging in what look likely to be his last appearance as a Ryder Cup player before his thoughts turn to the captaincy

Six months ago, Lee Westwood stood on the 18th green at The Players Championship knowing that the biggest victory of his 30-year career had just slipped agonisingly through his fingers. He smiled, laughed and lifted his arms in the air. Ten years ago, he might have snapped his putter over his knee or tossed it in the lake, but the 48-year-old former world No.1 has a much more carefree air about him these days, and one that has helped breathe new life into his nigh on 30-year career as a tour pro.

To watch him play now is like night and day compared to the gloomy cloud that seemed to follow him around a few years ago when, after hundreds of events and dozens of victories, Westwood began to lose sight of what he was chasing. Although his ambition hadn’t wavered, his happiness hinged on results and such a way of thinking can have a tendency to leave come back and bite you. The key to his finding his way back, he says, was a near-total restructuring of his outlook on life and golf, breaking down the burdens of pressure to unearth the foundations that spurred so much of his early success.

“I don’t know whether you can quantify happiness, but I’m able to view the game as it should be viewed now,” he says. “I was treating golf too seriously, I needed more perspective and clarity, and to look at golf for what it is again. It makes me laugh when I listen to people and read stuff. At the end of the day you’re just trying to put a little white ball into a hole, I mean it’s stupid really the seriousness people put on it. I get to do something I enjoy every day, travel the world doing it and earn a lot of money, and I’m lucky to be in that position. I’m still doing all the preparation but, after that, I’m just having fun.”

Westwood’s renaissance can be traced back to 2017, the year he split from his long-time manager, Chubby Chandler, and his caddie of ten years, Billy Foster, shortly afterwards, and settled his protracted divorce. After sinking to No.125 in the world rankings and admitting ‘golf doesn’t mean as much’, he found a way to hit the reset button. The results have been immediate and impressive in equal measure.

At the Nedbank Challenge in 2018, Westwood won his first event in over four years, with his then-girlfriend, Helen Storey, carrying his bag. Since then, he has won again in Abu Dhabi, was crowned the European Tour’s best player in 2019 – and the oldest at 47 – and now secured his place in the Ryder Cup team five years after his last appearance. Storey has remained his caddie – although the role is occasionally rotated with Westwood’s son, Sam – and they were married in a Las Vegas ceremony in June.

“I’m in exactly the place I want to be and surrounded by the people I want to be surrounded by,” he says. “I enjoy being able to spend more time with my family and share what I do with them on the big stage. They get to experience that and I get to learn more about them as they learn about me. I wouldn’t change anything. That’s probably the definition of being in a comfort zone.”

The last few years have also led Westwood to re-evaluate what success means. At the heights of his powers in 2011, when he toppled Tiger Woods to become the world No.1, Westwood admitted he’d harbour some form of regret if he failed to win a major in his career. He has endured some agonising near-misses, with nineteen top-10 finishes since he turned professional in 1993, but has never been more adamant that such a record will not define him.

“You know what, if you walk around a graveyard and look at the tombstones, I don’t see many people where it says, ‘Oh yeah, he won six majors, he won 10 majors or whatever’,” he says. “They put down what kind of person you were and what kind of dad and husband you were. Golf results and finishes and tournament wins won’t dictate how I’m remembered. Whether I win majors or not, in 20 years’ time, that’ll definitely not bother me. It won’t change my life.”

But if winning is far from a necessity, then what does success look like? “Just to keep enjoying what I’m doing and having the fortitude to keep working hard at it,” he says. “I’m proud that I’ve always put the work in and I’m bearing the fruits of the hard work I put in 10 or 15 years ago. I’m still committed mentally to go out and practice hard, I still hit the gym to stay on top of my fitness and work on my strength. I’ve not sat back in later life. In my head I still think I’m 25. It’ll come to a point when I’m not good enough, I’ll be too old, but right now I feel like if I play my best I can still contend. But whether I am or not, I’ll enjoy what I’m doing.”

Right now, there is no doubting that Westwood still has what it takes to win more tournaments, and he certainly has the ability to add to his impressive tally of Ryder Cup points, which currently stands at 23 from ten appearances stretching back all the way to 1997. After failing to qualify for the team in 2018, and failing to get on the scoreboard during Europe’s heavy defeat at Hazeltine in 2016, an in-form Westwood, with all his experience, will be a welcome addition to Padraig Harrington’s team in this month’s delayed matches.

Although he has given his all to the yellow and blue, Westwood has some unfinished business when it comes to his long and storied relationship with the biennial match play event, and he would dearly love to end his playing career by making a significant contribution to an away win, especially in front of what is expected to be heavily partisan crowd with European fans kept from travelling due to Covid restrictions. An 11th Ryder Cup cap will also see him tie Nick Faldo’s record of appearances.

Once the action is wrapped up at Whistling Straits, the conversation will no doubt turn to the 2023 matches in Rome, for which Westwood has already thrown his hat into the ring as a potential captain – a role that he looks like he was born to fulfil.

“I’d love to have it [the captaincy] in Italy. I’ll not lie to you,” he says. “Although I’ll be 50, I still feel that I will have a good idea what’s going on on the tour and know a lot of the players. I’ve played in 10 Ryder Cups under 10 different captains, shortly to be 11, and I was vice-captain to Thomas (Bjorn) in 2018, so I’ve seen how the captaincy has been done, and I’ve seen a lot of good captaincies and things that I like. A lot of those captains are friends who I can get the opinion of.  So, yeah it would be a massive honour to a Ryder Cup captain and there’s no doubt that it’s a job I would love to do.”

But before he has to start worrying about wildcards and team outfits, Westwood is focusing his attentions on bringing the cup back from America.