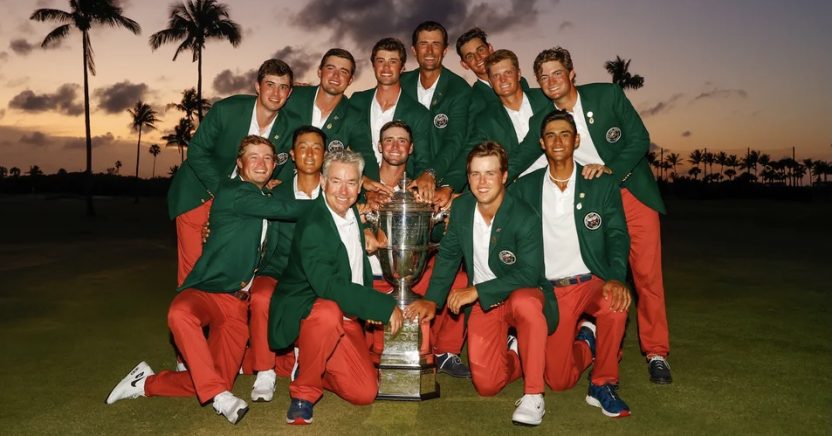 The United States won the Walker Cup for the third consecutive time after beating a gallant GB&I team 14-12 in an exceptionally tight series of matches at Seminole Golf Club in Florida.

With a steady breeze off the Atlantic Ocean making life difficult for both teams on the final day, especially on and around the greens, the players faced a stern mental and physical test. The USA entered the day with a 7-5 lead, which was trimmed to 8½–7½ after the GB&I team took 2½ out of four points in the morning foursomes session.

The 10 afternoon singles matches would therefore decide the first Walker Cup match played in Florida, and the final result was in doubt nearly to the end. The USA eked out a 5½-4½ advantage in those matches to retain the cup.

“It was such an evenly matched contest and our guys were really fired up,” said USA captain Nathaniel Crosby. “I’ve been blessed to be part of their lives here for a few years and it’s been so great.”

Crosby’s counterpart, captain Stuart Wilson of GB&I, was proud despite the disappointing result. “It’s been a great weekend of golf,” he said. “It’s the Walker Cup after all. The guys have come out fighting and tried to acquit themselves as best they can. But hats off to the USA Team and Nathaniel for pulling the victory off.” 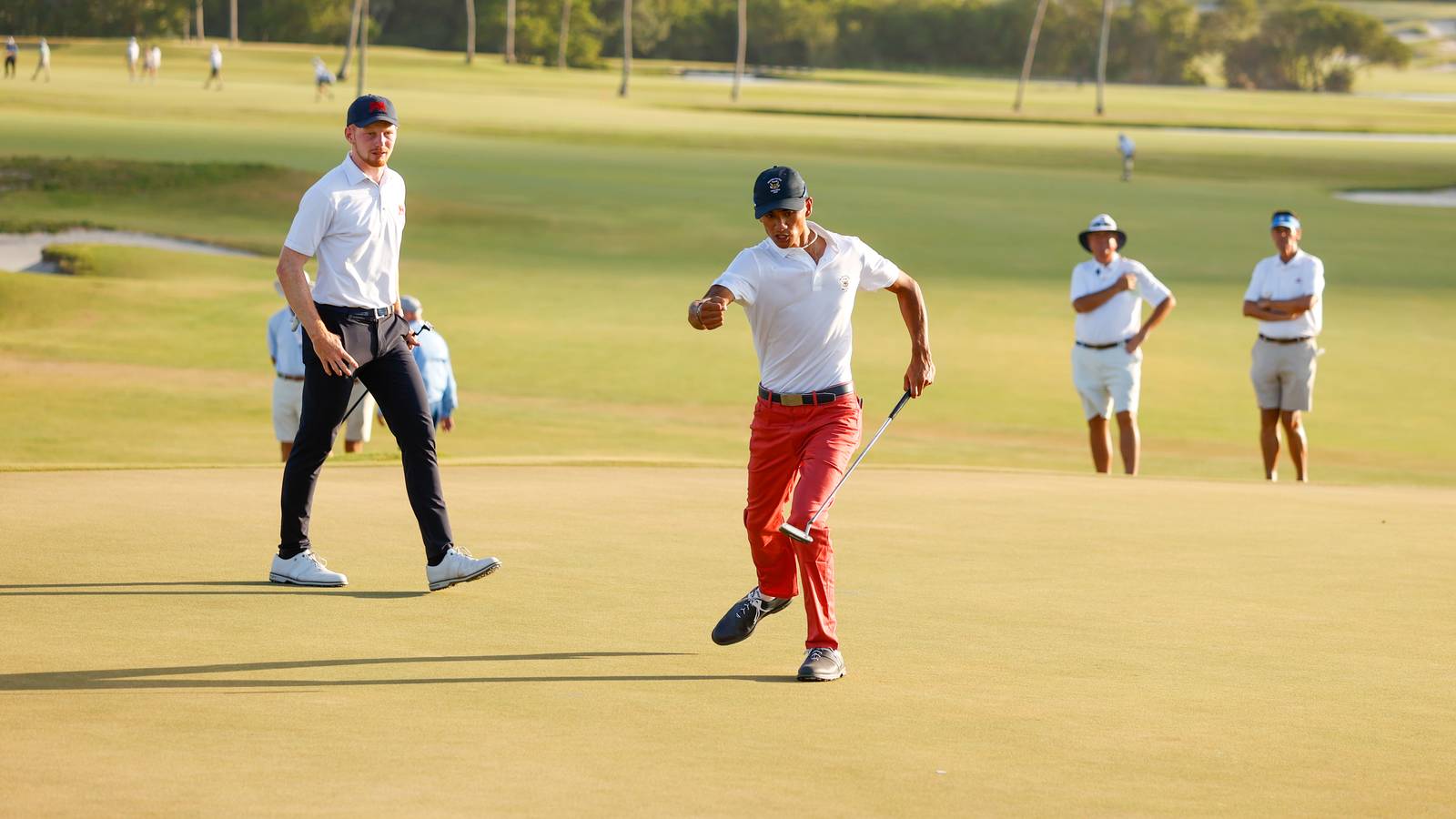 While there were many memorable performances over this weekend, two stand out as being especially important to the USA victory. First, 20-year-old Ricky Castillo went 4-0-0, just the sixth USA player – and seventh player on either team – to record four wins in a single Walker Cup this century. The University of Florida sophomore, who won the Phil Mickelson Award last year as the nation’s outstanding freshman, defeated John Murphy 2&1, to close out his first Walker Cup start in impressive fashion.

“It’s incredible,” said Castillo. “I mean, this is the pinnacle of amateur golf, and to be a part of this team and be a part of a winning Walker Cup team is pretty special, especially going 4-0. I couldn’t be more excited right now.”

Another key contribution for the USA came from Cole Hammer. Playing in his second Walker Cup, the University of Texas junior notched a 3-0-1 record and clinched the 13th point for the USA, enough to officially retain the Walker Cup.

This Walker Cup demonstrated, perhaps more than any of the previous 47, the team spirit that defines the match. A nasty stomach bug left members of both teams weak and unable to practice or play for three days, impacting pairings and requiring the use of alternates who are typically not even on-site at a Walker Cup. Two of the players most affected by that sickness showed considerable determination on Sunday as they saw their first action of the weekend.

Great Britain & Ireland’s Joe Long, the reigning Amateur champion, did not play on Saturday or in morning foursomes. Wilson put him out third in afternoon singles, and the 23-year-old Englishman earned a hard-fought 1-up victory over 2019 Walker Cup standout John Pak.

“It was quite tough sitting in bed most of the week. I just wanted to play one match,” said Long. “Come out this afternoon, just give it my best shot.”

On Sunday morning, the GB&I team did what it needed to have a chance in the afternoon: win the session to cut into the two-point lead the USA built on Day One.

GB&I was led by the first pair out, Mark Power and John Murphy, who won in foursomes for the second straight day.

Power and Murphy started red-hot against the USA’s Pierceson Coody and Pak, going birdie-birdie-eagle to win the first three holes. Coody and Pak began to chip away near the turn, winning holes 9 and 11. When it looked like they would pick up another on the par-4 12th, Murphy drained a critical par putt to remain 1 up. With the match tied on 18, Murphy struck a wonderful 5-iron approach that set up a 2-putt par and the win for the duo from Ireland.

Castillo and William Mouw were the only USA pair to pick up a full point during the morning, defeating Alex Fitzpatrick and Barclay Brown, 1 up. Castillo and Mouw led by as many as three early, but Fitzpatrick and Brown began to chip away. The English pair made a birdie on 15 to take their first lead, but Castillo and Mouw answered, converting putts on holes 16 and 17. Castillo rolled in a 10-foot birdie putt to win the 16th, and Mouw’s par putt on the difficult par-3 17th gave them the lead.

Fitzpatrick, the only GB&I player with previous Walker Cup experience, finished the weekend without recording a point in four matches.

The visiting team’s second point of the morning came from a dominating 6&5 victory from Matty Lamb and Jack Dyer over USA’s Strafaci and Stewart Hagestad. Lamb and Dyer’s victory was the only foursomes match either day to finish before the 18th hole.

Angus Flanagan and Ben Schmidt earned a critical half-point for GB&I in a come-from-behind tie with Hammer and Davis Thompson. The American side birdied the first three par 4s of the match and led 4 up after five holes. Down by two with two to play, Flanagan hit a beautiful bunker shot to 3 feet to cut the deficit to one heading into 18, where the GB&I side completed the comeback to tie the match.

This was the first time a Walker Cup in the US has been played in the spring due to Seminole’s summer closure and the autumn Atlantic hurricane season. In 2023, it will resume its traditional early September date, with the 49th match scheduled for September 2-3 at the Old Course in St Andrews, Scotland.