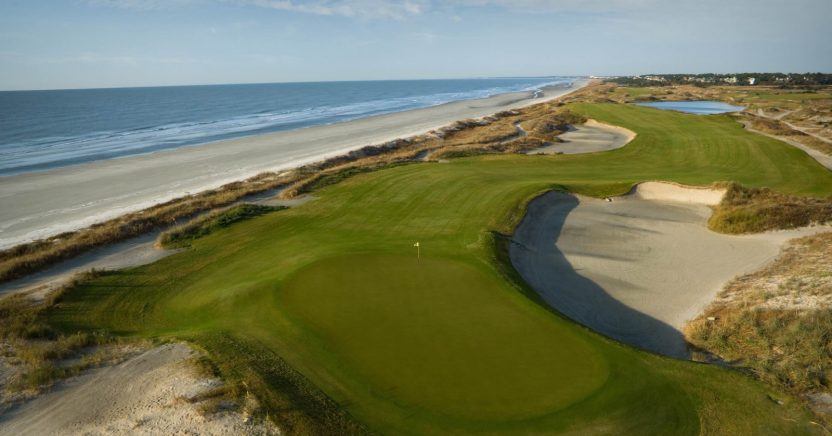 Rory McIlroy will play with fellow former champions Brooks Koepka and Justin Thomas in the first two rounds of the 103rd US PGA Championship, which gets under way today at Kiawah Island in South Carolina.


McIlroy, who has won this title twice, including at this course in 2012, begins on the 10th tee on Thursday at 1.33pm (UK time).
Defending champion Collin Morikawa is out with Hideki Matsuyama, who won the Masters in April, and last year’s US Open champion Bryson DeChambeau at 1.44pm. Open champion Shane Lowry tees off on the first with world number one Dustin Johnson and Sergio Garcia at 7.09pm, in the group after Jordan Spieth, who is looking to become the sixth player complete the career Grand Slam of winning all four majors.

If played to its maximum length of 7,876 yards, Kiawah Island’s Ocean Course will regain its title as the longest in major championship history. It played 7,676 yards when McIlroy won in 2012, with US Open venues Chambers Bay (7,695 in 2015) and Erin Hills (7,741 in 2017) overtaking it. Forward tees are likely to be used at many holes, especially if the wind gets up, but the course will undoubtedly favour those that are longer off the tee.

Nine years ago, with gusts of wind around 30mph, the scoring average in the second round was 78.09, the highest for any round in PGA Championship history, while 14 of the 18 holes played over par for the week.

Bryson DeChambeau, the longest hitter on tour, has described the Ocean course as ‘a beast’ after finishing his final practice round, with the 27-year-old American saying that players will not only have to hit it long, but also very straight, if they are to have any chance of scoring well.

“This golf course is a beast,” said the US Open champion. “Hopefully I can unleash the beast, but you never know. I may hit it right or left, I don’t know. But I’d say for the most part you have to hit it pretty straight out here, even though I’m hitting it pretty far. I’m sure the tee boxes will be moved up in certain areas, but for most players out there, if you don’t hit it long, it’s going to be a tough week, especially hitting a hybrid or four-iron into some of these greens. My length is an advantage, but if I can hit it straight this week in this wind and control the golf ball and control the flight of it, that’ll be my biggest advantage.”

The huge sandy areas around the course will not be treated as bunkers, meaning players will be able to ground clubs and take practice swings, while distance-measuring devices in the form of laser rangefinders are also being permitted for the first time at a Major championship. Most players questioned have said that they will use one, but that they don’t expect it to speed up rounds, as knowing the distance to the flag is only one of the factors in the decision-making processes involved in shot selection and execution.

For the full list of tee times for the first two rounds of the 2021 PGA Championship, and live leaderboard updates, visit www.pgachampionship.com