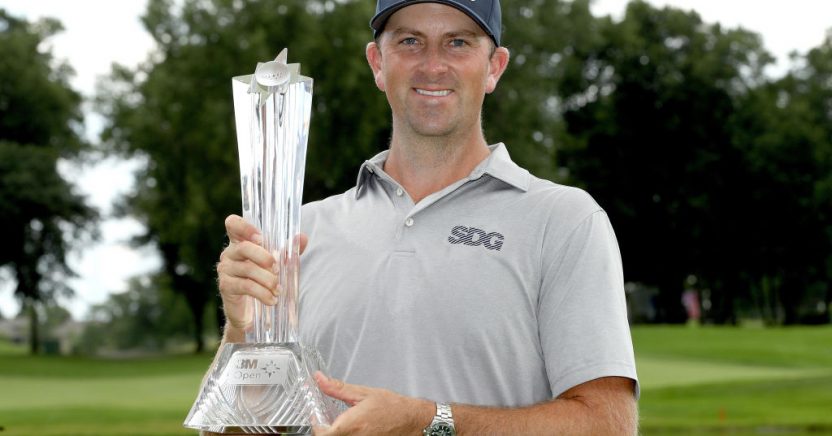 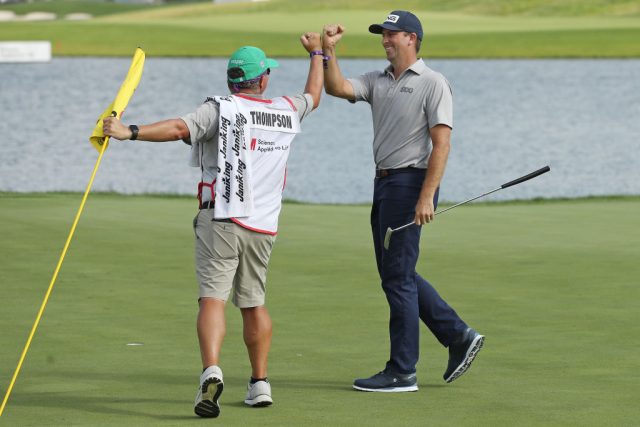 Michael Thompson celebrates with his caddie, Damian Lopez, on the 18th green after winning the 3M Open at TPC Twin Cities in Blaine, Minnesota. (Getty Images)

The 35-year-old from Arizona sank a 12-foot putt on the par-five 18th for a four-under-par 67 to seal the win at TPC Twin Cities in Minnesota.

Thompson, who was tied for the lead coming into Sunday’s final round, produced his best shot on the par-four 16th, where his shot from the greenside bunker landed a couple feet from the hole. He made the birdie putt to retake the lead and never looked back, finishing on 19 under par for the tournament, which was played without fans in attendance.

Thompson, who came into the tournament ranked 218 in the world, will now be eligible to compete at next month’s PGA Championship in San Francisco.

Fellow American Adam Long finished second, while nine players tied for third at 16-under, including Alex Noren, Charl Schwartzel, Emilano Grillo and Tony Finau.  Hertfordshire’s Tom Lewis, who finished tied 32nd, was only British player to make the cut. Tommy Fleetwood, playing in his first PGA Tour event since the restart, missed the cut, as did Paul Casey and Luke Donald.