David Hunter, CEO of Shot Scope, commented: “This incredible milestone is testament to the rapid development and understanding of the performance tracking category. With greater knowledge, golfers are able to make more informed decisions out on the course, and we are proud to say that so far, our technology has helped golfers, on average, improve their handicap by over three strokes. By analysing the data collected from all 100 million shots, we have been able to identify five key themes and findings that we are confident will help amateur golfers to continue lowering their scores.”

Shot Scope devices have yielded a plethora of data and information on how we golfers play the game, including the news that a whopping 46% of approach shots fall short of the green, meaning that most of us could benefit from taking at least one more club when sizing up a route to the pin. 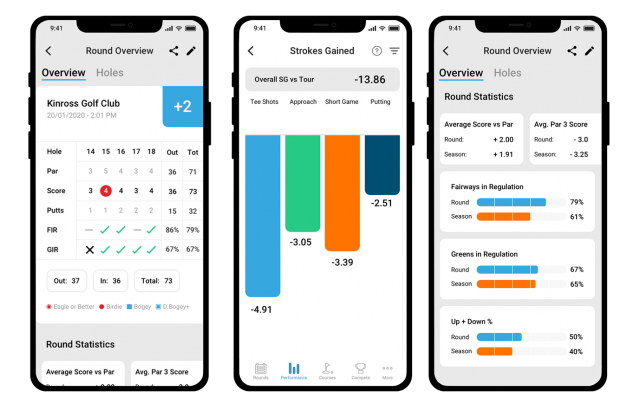 Other game management lessons learned from the data include:

Typically, lower handicap players use a wide range of clubs around the greens, with a high success rate, while higher handicaps elect for their most lofted club too often. Getting the ball on the ground quicker could be an easy way to improve chipping stats.

Bunkers are just as hazardous as they appear
Fairway bunkers cost golfers an average of 1.4 shots per hole, and at first attempt the ball is left in a greenside bunker by a staggering 20% of golfers. Avoid them at all costs.

Finding the fairway might improve your score, but improving your approach play from the rough could unlock your best scores yet
Lower handicaps don’t his as many fairways as you might think. They are however significantly more accurate from the rough, and better when out of position than higher handicaps – so improving from those areas could lower your scores.

First introduced in 2014, Shot Scope’s performance tracking technology has helped more than 50,000 golfers improve their game by collecting round data that can be reviewed and analysed later, via either the Shot Scope app or online dashboard. Most recently, with the advanced third iteration of Shot Scope’s flagship product, V3, users benefit from over 100 Tour-quality performance statistics and ultra-accurate GPS technology in a perfectly sized package.

To find out more about Shot Scope’s V3 watch, head to www.shotscope.com/uk/products/gps/v3/.