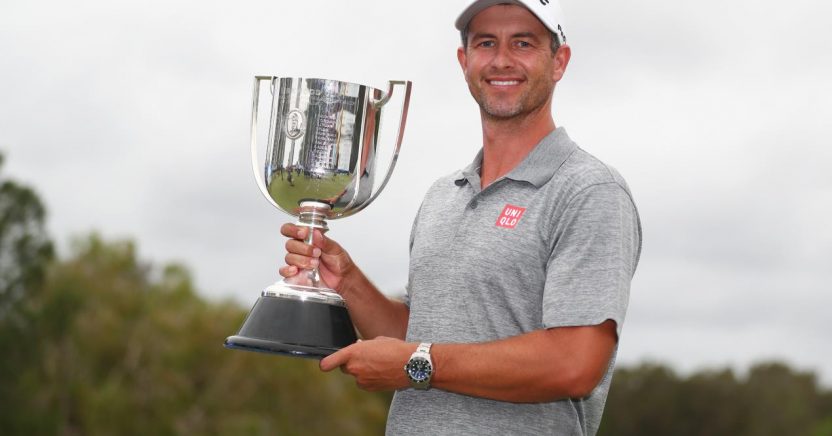 The 39-year-old Australian, who won this same event in 2016, started the final round just one stroke ahead of a packed chasing field, but trailed as he made the turn, with New Zealander Michael Hendry making the most significant charge.

Hendry birdied four holes on the front nine on Sunday, and took the lead with his fifth on the 10th, but after his sixth birdie on the 16th, he bogeyed the 17th and 18th to drop back to 11 under par.

It wasn’t until Scott rolled in an eagle putt on the par-five 15th – his third of the week on that hole – that he moved ahead once again. The 2013 Masters champion then held on to sign for a closing 69, and a 13 under par total, to finish two strokes ahead of Hendry, winning his first title since the 2016 WGC-Cadillac Championship.

Scott said: “I’m pretty stoked. I grinded it out this week, and feel like I outsmarted the golf course a little bit, which feels good. It’s been a long time between drinks for me, and maybe only once or twice did the thought cross my mind that I’ll never win again. It feels very good to win here, especially to finish the year off winning at home.”

He added: “I’ve seen what a win has done for me in the past, so hopefully this will give some confidence heading into 2020. I’m going to be 40 next year, so it’s only going to get harder for me to win out here – the courses are getting tougher, and the other guys are playing good golf, so just being alright doesn’t really get the job done – you’ve got to be pretty much sensational.”