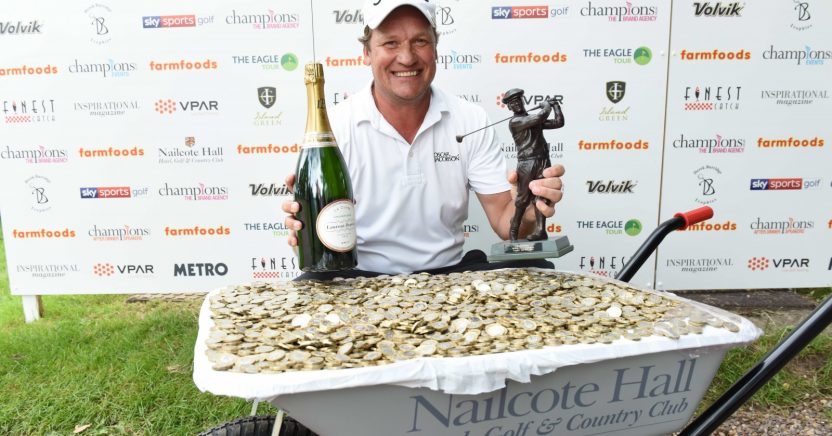 Sweden’s Jarmo Sandelin has won this year’s Farmfoods British Par 3 Championship following a dramatic final day at Nailcote Hall, where he also made a hole-in-one.

Sandelin won the event with a total score of eight-under par on the Cromwell Course to clinch victory and the €50,000 prize that comes with it.

Last year’s champion Steven Tiley was the overnight leader on -5, two strokes ahead of Gary Wolstenholme. The pair began the round neck and neck, after Wolstenholme scored three consecutive birdies but fell away after recording bogies on 13 and 18. 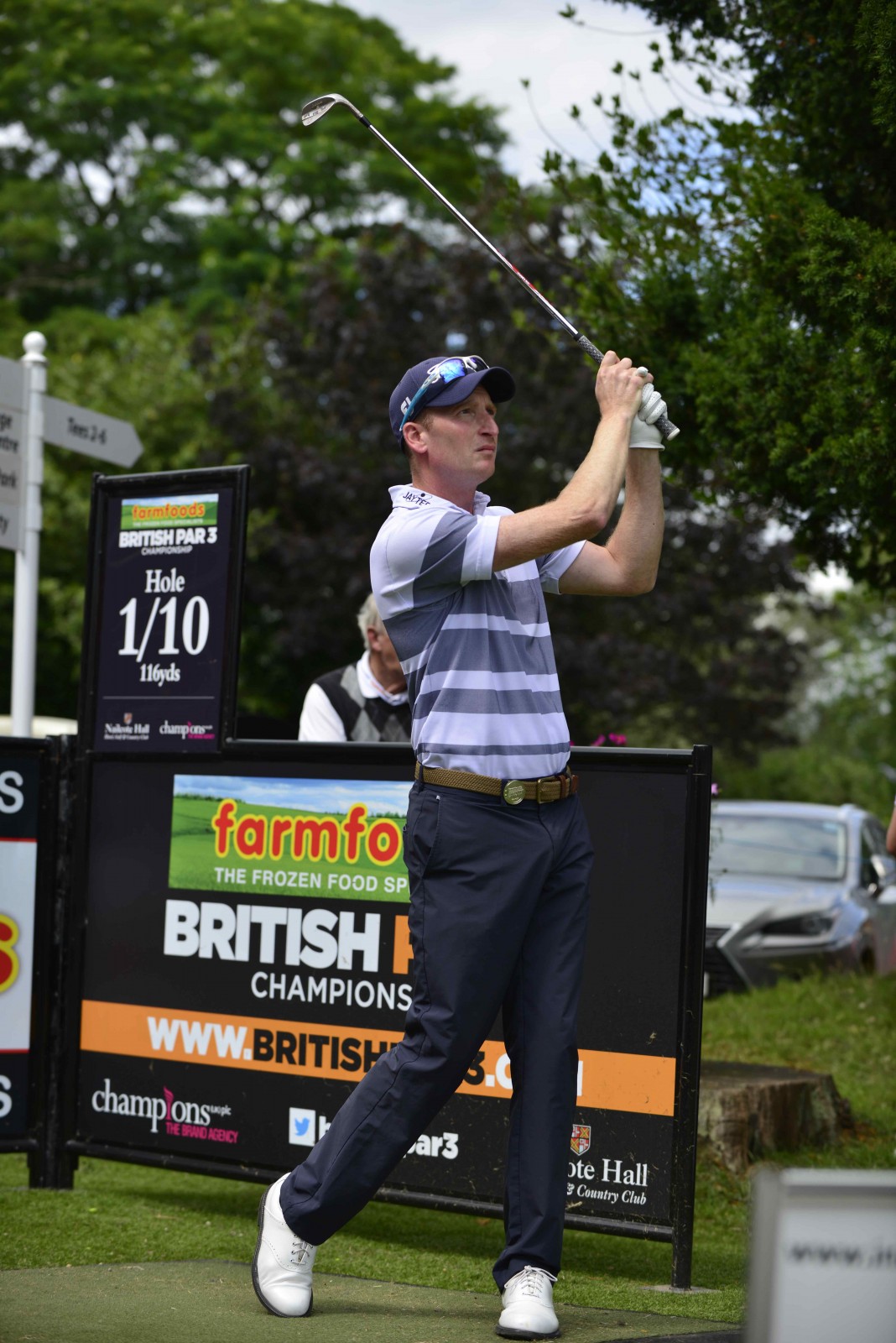 Steve Tiley put in a bold bid to win his second Par 3 title, but had to settle for tied second behind Jarmo Sandelin

Tiley put in a consistent performance and, for a time, it looked as though he may become the first player to ever defend his Par 3 Championship crown. However, the momentum swung Sandelin’s way after he had a remarkable hole-in one-on the eighth.

Completing his round as leader this meant Tiley needed two birdies in his final two holes to win the competition outright. Managing to birdie his penultimate hole, he needed to repeat the feat on the final hole to walk away with the title, or make par for a play-off. Unfortunately for Tiley he wasn’t able to do so and finished with a bogey, handing victory to Sandelin, who became the event’s first ever non-British winner.

1999 Open champion Paul Lawrie  also put on a fantastic final round, finishing on -7 in joint second place with Tiley. While Austrian Markus Brier made six birdies to end a stroke behind on -6.

Speaking after his first professional win of any kind in 18 years, Sandelin said: “I’m really, really pleased with my performance today. I managed to keep my nerve and win my first tournament since 2001, so I’m very happy. I made a hole-in-one which I’m delighted with and the feeling of winning a tournament over your professional colleagues is incredible. I’m on top of the world.”

Another of the day’s highlights saw European Tour star Lee Slattery record a hole-in-one on the fourth hole.

The Norma C Herd Silver Salver, which is presented to the event’s best performing amateur, went the way of Matt James, scoring +6, two better than last year’s winner David Nelson who finished on +8.

In the team competition, Sandelin and Penny Dawson took the title with a score of -14, the same as second placed Paul Lawrie  and Farmfoods’ CEO Eric Herd. Sandelin and Dawson were crowned winners on countback.

The winner of the Super Senior competition was Carl Mason, who came out on top with a total of +2, a stroke ahead of Ian Woosnam and Costantino Rocca. This victory marks the sixth time Mason has won this prize.