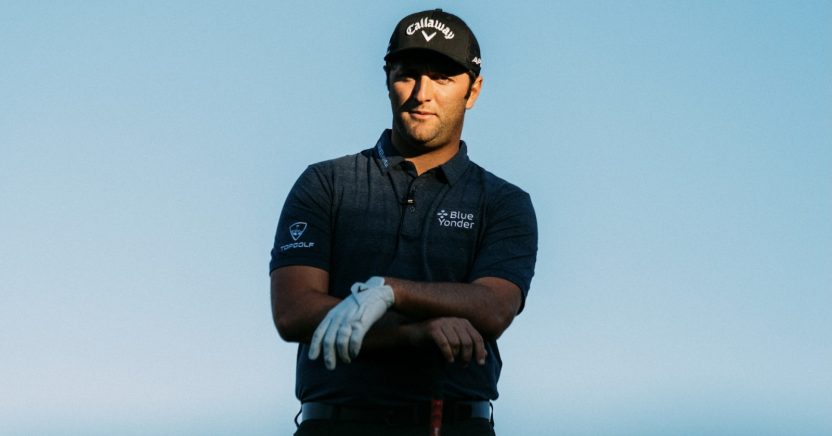 Jon Rahm missed out on a golden opportunity to win his sixth PGA Tour title after being forced to withdraw from the Memorial Tournament after testing positive for Covid-19.

The 26-year-old Spaniard was leading the tournament by six shots after the third round and was long odds on to defend the title that he won last year and bag the £1.67m first prize.

However, after walking off the 18th green on Saturday afternoon he was greeted by officials bearing the unwelcome news that he had tested positive for Covid-19.

Reflecting on his misfortune, Rahm, who now has to isolate for 10 days, said: “This is one of those things that happens in life, one of those moments where how we respond to a setback defines us as people. I’m very thankful that my family and I are all OK. I will take all of the necessary precautions to be safe and healthy, and I look forward to returning to the golf course as soon as possible.”

A statement from the PGA Tour read: “On the evening Monday, May 31, the PGA Tour notified Jon Rahm that he was subject to contact-tracing protocols, as he had come in close contact with a person who was Covid positive. Per the Tour’s Covid health & safety plan, Rahm was given the option to remain in the competition and enter our tracing protocol, which includes daily testing and restricted access to indoor facilities. Rahm has remained asymptomatic.

“Rahm has tested negative every day, but his most recent test – which was performed after the conclusion of his second round (rain delayed) and before the start of his third round – returned positive at approximately 4.20pm Eastern Time while Rahm was on the golf course. The PGA Tour’s medical advisor requested a confirmatory test on the original sample, which came back at 6.05pm ET, and was also positive.

“While this is an incredibly unfortunate situation, throughout 50 events since the PGA Tour’s return to golf, there have been only four positive tests (including Rahm) within competition; Rahm is the first positive, asymptomatic case as part of the Tour’s routine, contact-tracing protocols,” the statement added.

Before the bad news broke, Rahm was looking like a champion in waiting after he had fired rounds of 69, 65 and 64 to take a commanding six-stroke lead.

Collin Morikawa and Patrick Cantlay were joint second, but after Rahm’s misfortune, the pair now hold a three-shot lead over the chasing pack, which is led by South Africa’s Branden Grace.