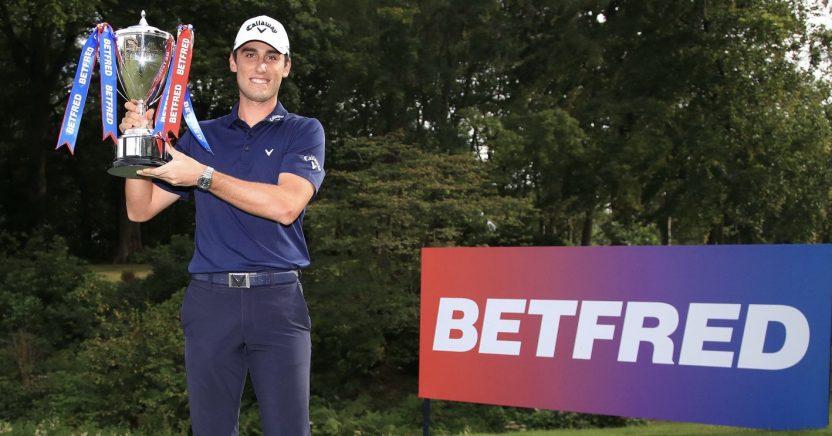 Italian Renato Paratore produced a dominate display of front running to claim a three-shot victory in the Betfred British Masters at Close House.

The 23 year old converted his one stroke overnight advantage with a two-under-par final round 69 to finish on 18 under par, with Denmark’s 19 year old Rasmus Højgaard runner up on 15 under.

The tournament marked the full resumption of the European Tour campaign behind closed doors following a four-month suspension due to the coronavirus pandemic, but Paratore showed few signs of rust, going bogey-free for the first three rounds. He extended that remarkable streak to 62 holes following birdies on the fourth and seventh holes, before dropping two shots in three holes on the ninth and 11th, with a birdie on the tenth sandwiched in between.

None of the chasing pack could apply any pressure on him though and he picked up a further birdie on the 17th hole to restore his three-shot advantage and stroll to his second European Tour win, following the 2017 Nordea Masters.

Højgaard continued his impressive start to life on the European Tour, closing with a round of 70 to take second, while South African Justin Harding finished third. English trio Andy Sullivan, Robert Rock and Dale Whitnell shared fourth on 13 under.

Paratore said: “I didn’t expect to come back and win my second title after the lockdown. But I have worked really hard over the last year and I am really happy to win again. The windy conditions today weren’t ideal for scoring, so I was really pleased to shoot two-under and stay in the lead.”

Speaking about all the hard work that has gone into getting the tournament off the ground, Paratore added: “The European Tour have done a really great job. It is not easy to come back to tournaments with this situation, and they have been good with the restrictions at the golf course and the hotel. It is not easy, but we have to do this for the benefit of the Tour and to play more events.”