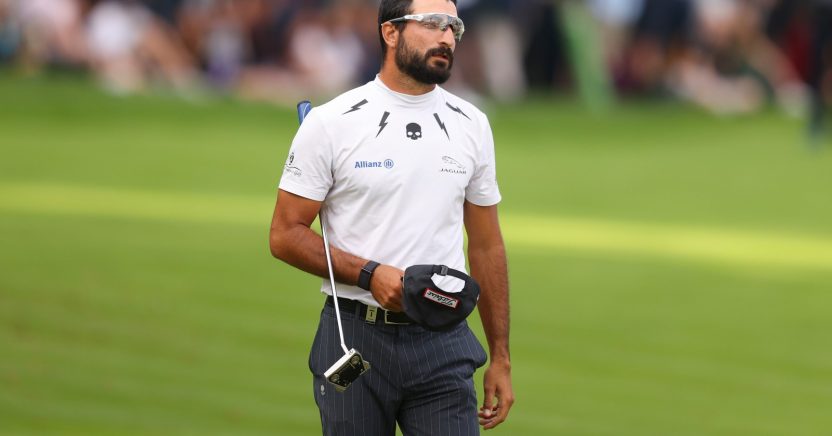 Francesco Laporta is in pole position to make his maiden European Tour win a Rolex Series title at the BMW PGA Championship, but the Italian has a bunched leaderboard lining up behind him heading into the final day at Wentworth, with several of them vying for a place on Pádraig Harrington’s European Ryder Cup team.

The 30-year-old carded a three under 69, which included an eagle at the par five fourth, to move to a 14 under total and edge one ahead of Englishman Laurie Canter, who signed for a two under 70.

Amongst those a shot further back on 12 under were former FedEx Cup winner Billy Horschel and 2013 Masters Champion Adam Scott, while Shane Lowry and Bernd Wiesberger were both on 11 under par heading into the final day.

Wiesberger said: “I’m just focusing on trying to win the golf tournament. You have to push forward and be positive in your approach over every single shot regardless of the outcome. Just be positive with that and I kind of feel like I’m good enough to be on the leaderboard. It’s nice to be there as well and it’s such a great event with the crowd and to be able to play here and just enjoy it.”

Lowry commented: ““I feel like I had a great chance to make the Ryder Cup team in 2016 and threw that away. Whereas the last few months I fought as hard as I could and went out every day and tried my best and thankfully it’s been good, but who knows whether it will be good enough?”

Lee Westwood is also in danger of slipping out of the automatic qualification places for Whistling Straits in two weeks’ time – and the former former world no.1 will be targeting a low final round at Wentworth while having one eye on the results of Lowry and Wiesberger.