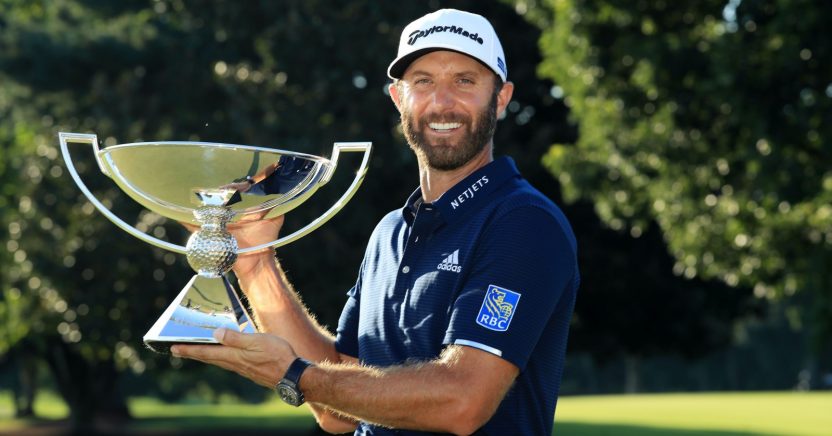 World No.1 Dustin Johnson claimed a three-shot victory at the PGA Tour’s season-ending Tour Championship after closing out the tournament with a two-under par 68 at East Lake Golf Club in Atlanta.

The 36-year-old American held a five-stroke lead heading into Monday’s final round and was never seriously challenged over the final round as he claimed his first ever FedEx Cup title, which this year came with a $15m pay day.

Johnson maintained his overnight advantage after six holes, but shot consecutive bogeys at seven and eight to offer a glimmer of hope to the chasing pack, which was led by Justin Thomas and Xander Schauffele. Thomas applied the pressure with five birdies on the front nine, as both he and Schauffele momentarily moved to within two of the lead over the day. However, Johnson, the first player to hold a 54-hole lead in four straight strokeplay events since Tiger Woods in 1999, held his nerve and sealed the title with a bogey on the last.

Johnson said: “This is a difficult golf course. so no lead is really safe. I knew I was going to have to come out and play really well. I got off to a really good start, missed a couple of putts on the back side., but hit the fairways when I needed to coming down the stretch. The guys gave me a good fight today.

He added: “I’ve always wanted to be a FedEx Cup champion, it’s something in my career I would like to be and I’m very proud of the way I’ve played, especially over the last four tournaments.”

US PGA winner Collin Morikawa made a final-round 69 to finish sixth on 13 under, one shot ahead of Tyrrell Hatton, Europe’s highest finishing player. Defending champion aRory McIlroy was one shot further back on 11 under.