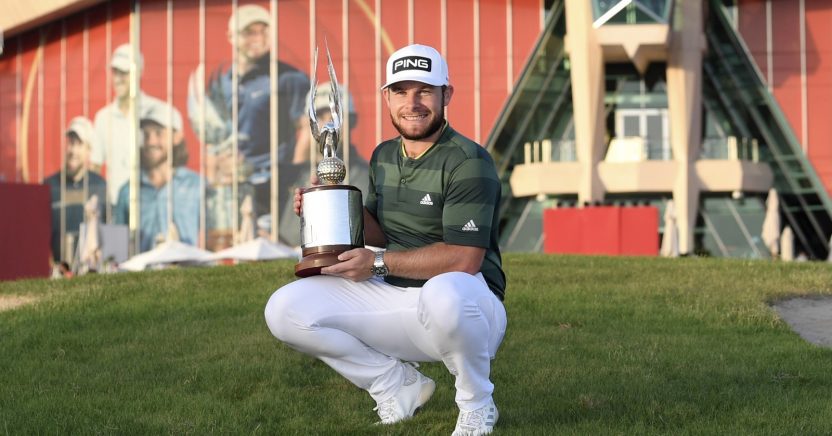 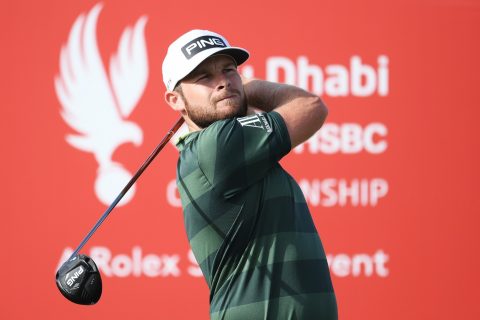 Tyrrell Hatton further cemented his reputation as a truly world class player after a flawless performance in the final round of the Abu Dhabi HSBC Championship helped him overturn the overnight lead of his playing partner Rory McIlroy and clinch a four-stroke victory.

The 29-year-old Englishman has now won four Rolex Series titles, including two of the last three, having lifted the BMW PGA Championship title last October, and his latest victory is timely with the European Points List restarting this week in the race to qualify for Padraig Harrington’s European Ryder Cup side. Victory also moved Hatton up to fifth in Official World Golf Rankings, his highest ever position.

Hatton’s was another nerveless final round display as he bagged three birdies on the front nine, while McIlroy dropped shots at the par three fourth and par five eighth holes, to lose any momentum created by the early birdies at the second and third.

Victory rarely looked in doubt for Hatton as he played assured and calculated golf down the stretch, three birdies on the way home wrapping up a flawless final round 66, an 18-under-par total and a sixth European Tour win.

Speaking after picking up the trophy, Hatton said: “I’m thrilled. I’ve always loved starting my season here in Abu Dhabi, and to now add my name on that trophy with so many great champions before me is a huge honour.

“I think the big moment for me today was the putt on ten. Maybe that was going eight feet past and just hit the hole. That was huge. Then my tee shot on 11, that’s pitched on the side of the bunker and it’s come out. We’ve seen plugged lies in the lip this week, so that was another bit of good fortune.”

He added: “Making the Ryder Cup is a huge goal for me this year, so I’m absolutely delighted that I’ve managed to pick up a load of points this week.”