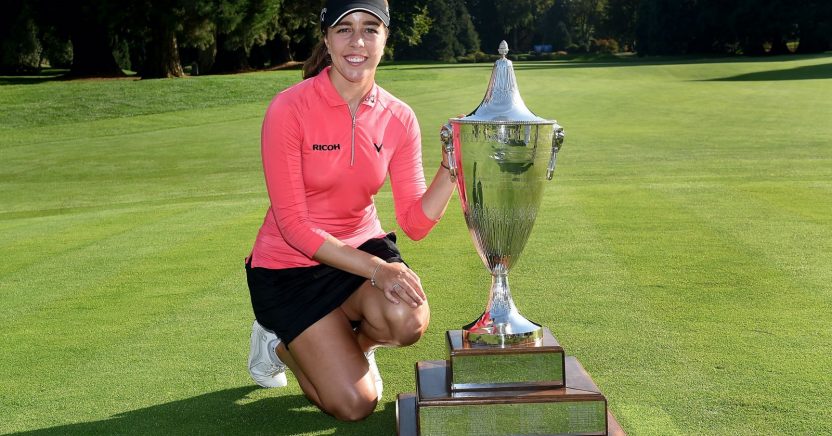 Georgia Hall secured her first LPGA Tour victory on US soil when winning the Portland Classic at Columbia Edgewater Country Club in Oregon.


Hall, who hadn’t won a tour event since the Women’s British Open title in 2018, began the final round four shots behind fellow Englishwoman Mel Reid, who led after 36 holes of the 54-hole event, but closed with a four-under 68 to tie with South African Buhai at 12 under, and then won at the second extra hole.

Hall led by one as she played the last hole, but bogeyed the last to fall into the play-off with Buhai, who had four birdies in her final five holes as she carded a 65.

Both players parred the first extra hole, the 18th. They then played the first and both overshot the green with their second shots. Hall chipped on from the rough and holed a five-foot putt for par, but Buhai, a three-time winner on the Ladies European Tour, missed a shorter putt to hand Hall the win.

Reid began the day at the head of affairs on 12 under, but faded with a 74 to finish in joint fifth on 10 under.

Speaking after the win, Hall said: “I was quite upset to bogey the last, and I had to try and regroup from that and made sure I won the play-off. The pins were so tricky today, so I knew the scoring wouldn’t be low. I had a really good run in the middle there, three or four in a row, and had to hold on over the last few holes.”
The tournament was reduced to 54 holes due to poor air quality caused by wildfires in the region.