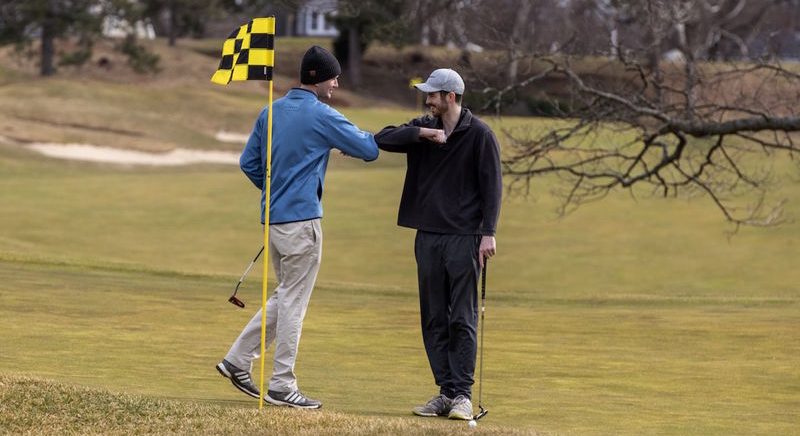 Jeremy Tomlinson, the Chief Executive of England Golf, has published a statement in which he says that he will be lobbying the UK government in the strongest possible terms to keep England’s golf courses open as the country prepares to go into a month-long lockdown on November 5.

In an open letter addressed to ‘all golfers’ published on England Golf’s website, Tomlinson wrote: “Having digested the Prime Minister’s statement on Saturday night and read the guidance which followed, there is an element of confusion around the government’s stated intention to close down golf courses and facilities from Thursday 5 November. As a result of this, I would like to make clear England Golf’s intention to respectfully challenge the government’s rationale for closing golf courses. We will do so utilising all in our network – MPs, colleagues, media and friends – to make sure we are heard by government.”

As things currently stand, all golf clubs, driving ranges and indoor golf facilities will have to close from midnight on November 4, and not re-open until December 2 at the earliest.

While the government allowed golf to return from the first lockdown on May 13 providing strict social distancing restrictions and other Covid-19 measures were in place, under the new lockdown rules, ‘outdoor exercise’ must be restricted to members of the same household, or two people from separate households providing social distancing is observed. Essentially this means walking, running or cycling within a reasonable distance of your home. In the early stages of the post-lockdown golf in May, clubs restricted tee times to two-balls only, either comprising family members or two separate households, which would meet this criteria.

Tomlinson said: “Listening to the Prime Minister, the news that he is actively encouraging safe and responsible outdoor exercise for households or two individuals pointed to golf being at the heart of this policy. The guidance which followed stating that golf courses were on a list of venues which should close, therefore, appeared contradictory. For this and many reasons, it is our sincere belief that it is now counter-productive to shut down a healthy pursuit which naturally lends itself to social distancing and is played in a Covid-secure manner in the open air.”

Tomlinson also revealed that he has signed an online petition to “exempt golf courses from the list of venues required to close due to Covid-19”. The petition had gathered over 254,000 signatures when it closed on Sunday night, with just 100,000 required for it to be debated in parliament.

The government is expected to release further details of its new lockdown measures over the next few days, before putting it to a vote in parliament on Wednesday (November 4).