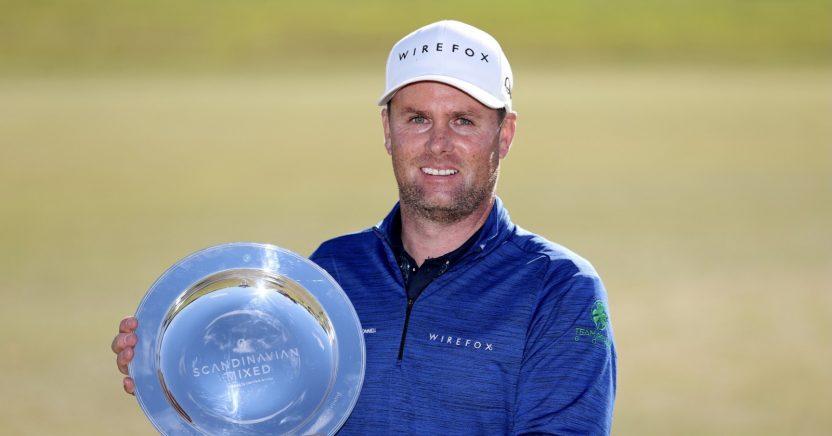 Northern Ireland’s Jonathan Caldwell claimed his maiden European Tour victory at the ground-breaking Scandinavian Mixed after producing a stunning birdie at the last  to overcome the challenges of Adrian Otaegui and Alice Hewson.

It was a fitting finish to the co-sanctioned European Tour and Ladies European Tour event as Hewson had an opportunity to force a play-off with her male rival.

Caldwell had set the clubhouse target at 17 under at Vallda Golf Club in Sweden, after equalling the best round of the week with an eight under 64, which was rounded off in style thanks to a remarkable second shot from the rough for a tap-in closing birdie.

Spain’s Adrian Oteagui had an opportunity to clinch the title at the death after giving himself a birdie opportunity at the 72nd hole for an 18 under total, but his three-putt meant Hewson was the last person standing with a chance to force extra holes.

The 23-year-old from Hertfordshire had to hole out with her approach at the 18th to do so, but a par four for a three-under 69 meant she still claimed the honour of the highest-placed Ladies European Tour player in outright third, one stroke behind runner-up Otaegui.

For 37-year-old Caldwell, who partnered Rory McIlroy while representing GB & Ireland at the 2007 Walker Cup as an amateur, it is a life-changing victory having struggled to make his mark on the professional game for 13 years and even working part-time in a golf store to fund his European Tour dreams.

“My immediate feelings are probably a bit of disbelief if I’m to be honest, it’s been a dream of mine for quite a long time,” the winner said.  “It hasn’t quite sunk in yet, but hopefully there’s more to come. In 2009 I played my first year, lost my card, played mini tours and Challenge Tour down the years, and worked  in a local golf store, so it’s been a long road. But finally I’m here.

“I missed a short putt at 17 and didn’t know where I stood at that point and I said to my caddie let’s make birdie down the last. I hit a pretty poor tee shot and got away with a good lie and somehow managed to get it up to two feet and make the putt.

“It’s been a tremendous week. The golf course was tremendous and I played with some great girls this week. I got a fist pump from Annika when I came off the 18th green, so that was pretty special.
The members at my home club will probably be going bonkers, so put a tab on guys and go bonkers!” 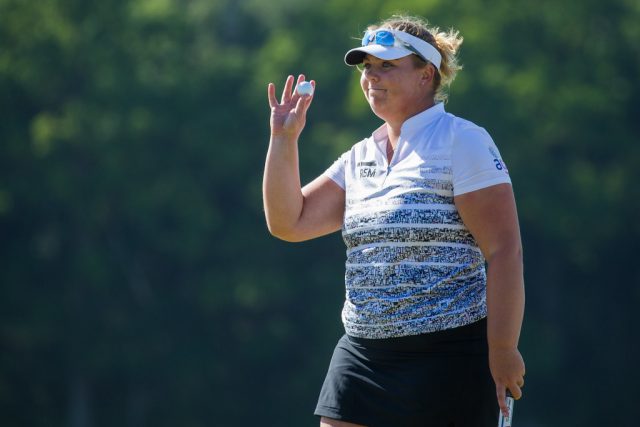 Alice Hewson was the top-placed women professional in third

Hewson said: “It was really exciting. I got off to a bit of a shaky start, and was definitely nervous on those first few holes, but I managed to get some momentum on the back nine. I’m just really excited with my performance this week, especially after a tough start to the season. It would have been nice to have holed that putt at 17 and given myself a chance on 18, but it is what it is and it was just really fun.