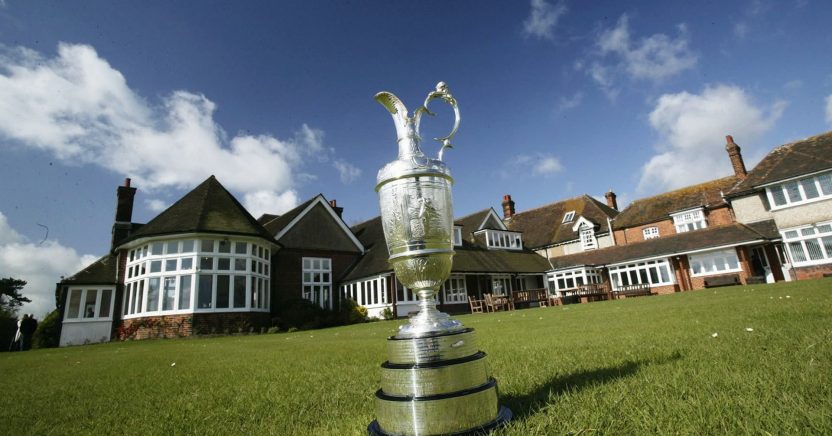 This year’s Open Championship, which was due to be played at Royal St George’s Golf Club in Kent from July 16-19, has been cancelled due to the Covid-19 pandemic and will be played next year at the same venue.

The R&A took to the decision to cancel the Championship based on guidance from the UK Government, the health authorities, public services and The R&A’s advisers. This is the first time since the Second World War that the championship, first played in 1860, has been cancelled.

The R&A will transfer tickets and hospitality packages purchased for the championship in 2020 to The Open in 2021. Purchasers who no longer wish to – or are no longer able to – attend in 2021 will receive a full refund. Further information on this process will be sent directly to ticket and hospitality purchasers in due course.

Martin Slumbers, Chief Executive of The R&A, said: “Our absolute priority is to protect the health and safety of the fans, players, officials, volunteers and staff involved in The Open. We care deeply about this historic Championship and have made this decision with a heavy heart. We appreciate that this will be disappointing for a great many people around the world but this pandemic is severely affecting the UK and we have to act responsibly. It is the right thing to do. I can assure everyone that we have explored every option for playing The Open this year, but it is not going to be possible.”

The Open Championship is the only one of the four men’s majors to be cancelled in 2020. The Masters has been given a new date for the week beginning November 9, while the US Open, which was originally set to be played at Winged Foot GC, New York from June 18-21 has been given a new date of September 17-20. The US PGA Championship, previously scheduled for May 14-17 at TPC Harding Park in San Francisco, will now be played from August 6-9, subject to all Coronavirus restrictions having been lifted at that time.