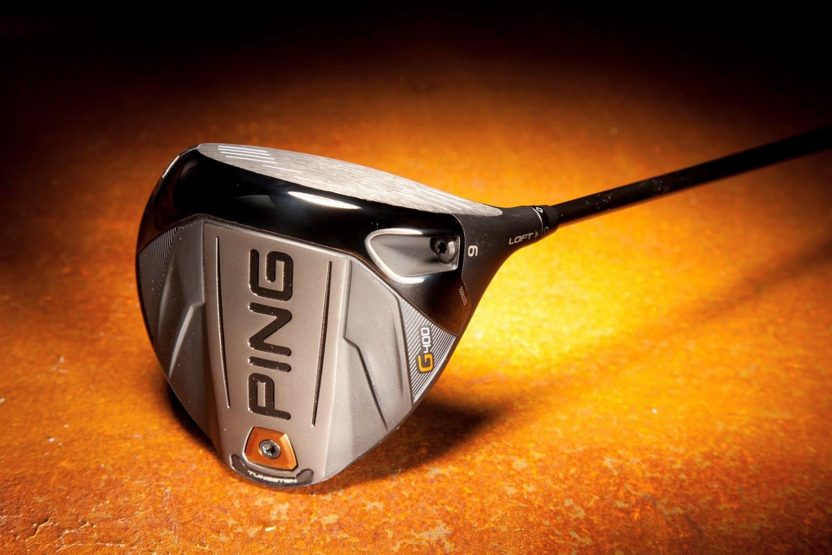 Having used Ping’s original G400 driver on and off over the last six months, I was very interested to find out what performance differences I’d notice with the new G400 Max, which, for want of a better description, is the G400 on steroids. 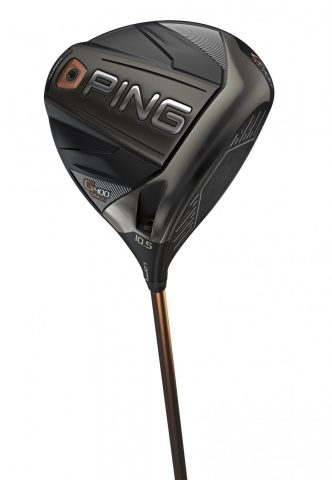 For the more technically minded, the Max version boasts a larger footprint – its total volume is 460cc compared to the G400’s miserly 445cc – with the geometry stretched from front-to-back and sole-to-crown, to give a much more confidence-inspiring look to the whole club.
The increased front-to-back dimension has allowed Ping’s designers to place a large tungsten weight (15g compared to the 7.5g in the G400) at the very rear portion of the sole, which not only stabilises the entire head, and increases its MOI (resistance to twisting) but also lowers the centre of gravity.  To put these words into quantifiable numbers, the G400 had a heel/toe MOI of 5300, while the G400 Max’s is cranked up to a hefty 5700. That’s the highest MOI of any driver currently on the market, and is only 200 points short of the legal limit. All things being equal, that figure alone should make it one of the most forgiving drivers out there, but add in the G400 Max’s sole-to-crown MOI, and the clubhead’s overall MOI is a giddy 9900. That’s one forgiving club. 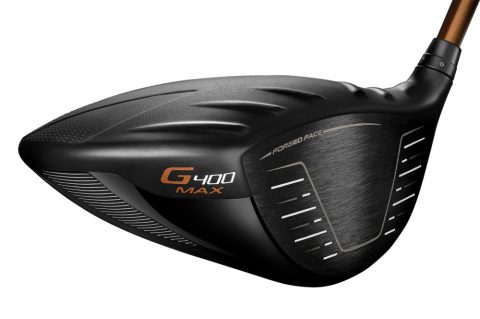 And I’m relieved, and somewhat pleased, to say that all those numbers add up to clear and measurable improvements out on the driving range and the golf course. While the overall carry yardages for the G400 and the G400 Max were comparable, where I really noticed the difference was in the consistency of both the trajectory and the dispersion. Whereas with the G400 my-all-too-regular bad swings result in fades and draws – OK, slices and hooks – with the G400 Max I was barely able to hit anything other than straight. So repetitive and predictable was it in its performance that it almost became boring – only in good way. 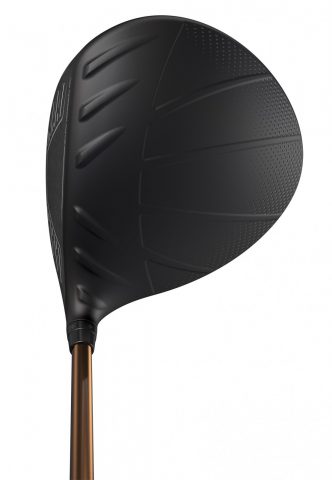 The trade-offs – there have to be compromises for all this accuracy – are that the ball launches slightly higher than the G400 and comes off the face a little slower. And, in order to make way for the tungsten weight, the drag-reducing Vortec Cavity offered in the G400 has had to be removed, which, along with the bigger head, further reduces aerodynamic efficiency.
For medium-paced swingers like myself, neither of these factors are big issues, and whereas I might have been reloading from the tee with the G400, or playing from the rough, with the Max I’m now hitting my second shots from this strange place known as ‘the fairway’. It’s a paradise where the grass is short and the lies are even, and I, for one, am happy with that.

Ping has mitigated the added dynamic loft by offering the Max in a 9-degree model, rather than the traditional lower loft of 9.5, as well as the 10.5 – both of which can be adjusted plus or minus one degree. So providing you’re custom fitted with the right shaft – the Alta CB, Tour 65, or Alta Distanza 40 are offered as standard – there is no danger of giving up too many yards through a ballooning ball flight.

While the Max won’t be for everybody – certainly not for those who prefer a lower, penetrating trajectory or like to shape the ball off the tee – it’s hugely forgiving nature will make it a popular choice for those players who live for long and straight. Quite why Ping didn’t bring it out six months ago, along with the rest of the G400 range, is a mystery, but however late it is to the party, I’m glad it has finally arrived.