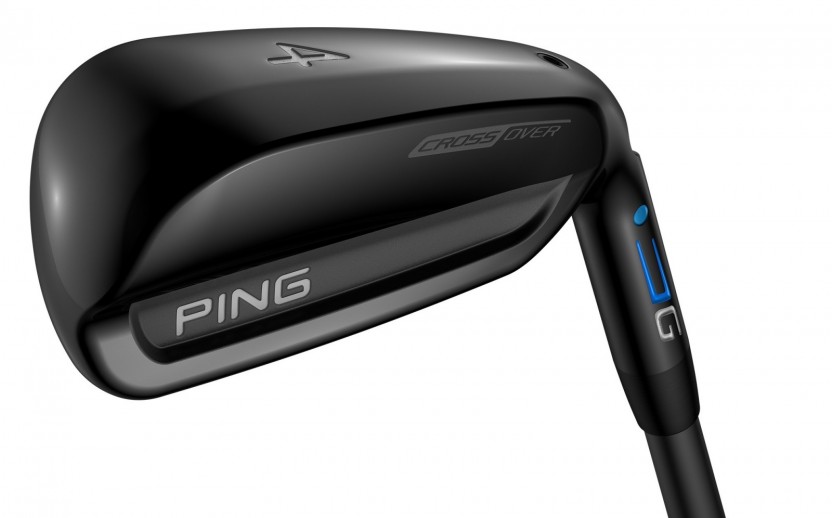 There’s barely a tour pro out there these days that doesn’t have some sort of utility iron in the bag, and this is Ping’s answer for those players that are looking for the distance offered by a hybrid with the control and accuracy of an iron.

Available 18°, 21°, 24° lofts, the Crossover is being billed as a completely new category of club, and is not intended to replace hybrids, although it is hard to think that there won’t be some who do, given the 14-club restriction.

Featuring a generous-sized head with an iron-style face insert made from very thin steel, the Crossover’s hollow construction is coupled with a tiered internal sole located just behind the face, which enables it to flex more at impact and generate extra ball speed. Also placed inside the head are heel and toe weights that expands perimeter weighting to maximise forgiveness.

The club has been given a matt black finish, which may not be to everyone’s liking, but it’s certainly striking. Performance-wise, the Crossover generates more spin than an equivalent long iron, but with a slightly lower launch, which makes it ideal for playing into the wind, as well as for hitting those low-running stinger shots.

It also offered more control, in terms of both accuracy and distance, than a hybrid, which is largely a result of the more precise iron-style impact. The soles have just enough width and bounce to help them cut through the turf as well as a regular iron, although perhaps not wide enough to use from anything other than the fairway and the lightest of semi-rough.

Given its ‘halfway house’ status in the bag, the Crossover is available with either a lightweight Ping AWT 2.0 steel shaft or a Alta High balance point graphite shaft, although I imagine the latter will be the most popular with higher handicappers.

All told, Ping deserves plenty of credit for attempting to create a new type of club, and anyone who struggles with their long irons or better players who have not got to grips with hybrids can’t fail to come away with a smile on their face once they’ve given them a hit, but which club, or clubs, will have to make way for them is another question altogether.