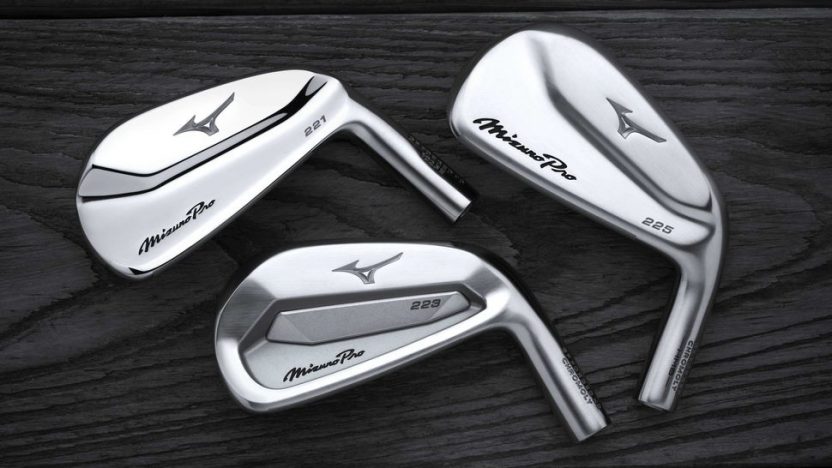 Mizuno has revealed details of the latest generation of its Mizuno Pro Series of irons – the Pro 221, 223, 225 and Fli-Hi – which are available for custom fitting now, and assembled sets from February 3 next year.

Offering the precise playing profiles that are preferred by good players, the Pro 221 is a classic muscleback iron inspired by iconic Mizuno blades of the past; the Pro 223 is an elite players cavity iron, while the Pro 225 is a Hot Metal Blade design that offers a blend of power and playability.

David Llewellyn, Director of R&D for Mizuno, said: “From an engineering perspective – the Pro 223 is probably the biggest step forward of all three new irons. The 221 and 225 are refined versions of their predecessors (MP-20 & MP-20 HMB) – but the 223 is a completely new concept. An incredibly compact player’s profile – smaller in every way than the iron it replaces. With Chromoly Forged and a hidden micro-slot from 4-7 iron.”

Chris Voshall, Mizuno Golf’s product manager, added: “The concept of Mizuno Pro can be misunderstood – we’re not trying to design instant classics or works of art. Mizuno just hides technology incredibly well. This could be perceived as the ultimate betrayal of Mizuno Pro. But the true essence has always been to make history – not be stuck in it.” 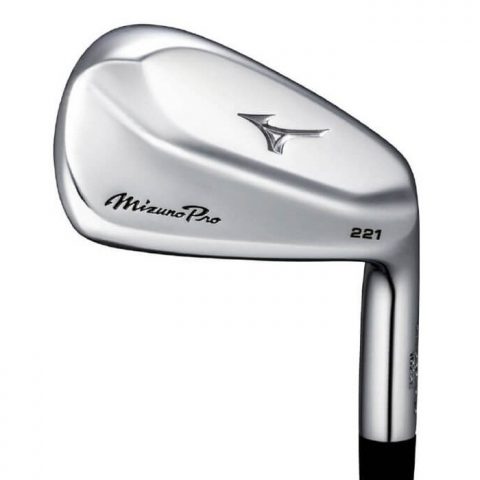 MIZUNO PRO 221
The Pro 221 has evolved to be more playable through incremental refinements in shape and weight placement. The irons have been bevelled for the appearance of a shorter face profile and narrower top line, but without loss of mass in the upper blade. The heads are more compact in the scoring irons than their predecessors and they also feature Mizuno’s shortest CG/shaft axis which is consistent from 3-PW, allowing for controlled shot shaping through the set.
Grain Flow Forged, they feature a soft copper underlay for a high degree of feel.
Says Llewellyn: “We’re obviously working in small increments on a Mizuno muscleback – we have to dig quite deep to get any negative feedback. The copper underlay and Grain Flow forging was such a great foundation on the MP-20. Players with a good eye will enjoy the subtle shape changes through the set – especially the 8, 9, PW.”
Specs: 3-PW (RH only). RRP: £165 per iron. 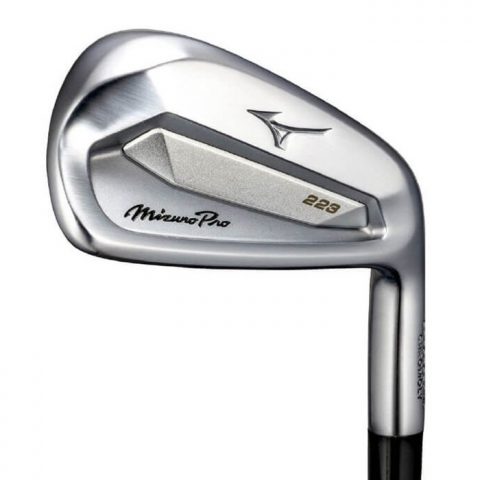 MIZUNO PRO 223
Pro 223 conceal a ball speed-enhancing construction within the frame of a compact players cavity. A completely new technology platform from 4-7 iron combines Mizuno’s tested Chromoly Forging and Flow Micro-Slot – an innovation producing extreme ball speeds from a small tour-ready profile. It delivers a face thickness of just 2.4mm (vs 2.6mm JPX921 Forged).
From 8-PW, Pro 223 are constructed from 1025E Pure Select Mild Carbon Steel for ultimate precision and control. The irons are Grain Flow Forged with a soft copper underlay to deliver a soft feel at impact.
Says Llewellyn: “The good way to look at the new Mizuno Pro 223 is that we shrunk the JPX921 Forged technology platform to the profile of one of our small player’s cavities – comparable to the MP-62, MP-64 or MP-18Ssc.”
Specs: 4-GW (RH/LH) RPP: £180 per iron 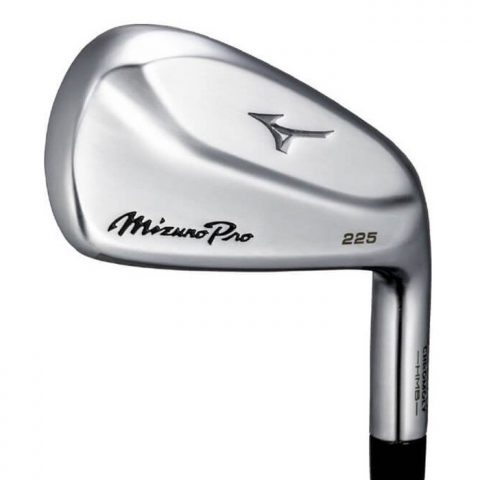 The Pro 225 represents the second generation of Mizuno’s Hot Metal Blade and is the most playable of the Pro series. It’s more compact than the original with a revised CORTECH multi-thickness face for even quicker ball speeds.
The Hot Metal Blade design features Grain Flow Forged 4135 Chromoly in the face and neck in the 2-8 iron – consistently 0.2mm thinner across the face. This combines with a COR Forged Hollow Body and 28.5g Tungsten weight in the 2-7 iron to produce a higher, more stable flight and enhanced ball speed.
In the 9-PW, 1025E Pure Select Mild Carbon Steel is used with stabilizing back weight for greater precision and a more penetrating flight. The 225’s are equally effective as a long/mid-iron alternatives for elite players or a complete set for low to mid handicaps.
Say Llewellyn: “The original Hot Metal Blade was the extension of our hybrid iron technology into a full bladed look set. The new Mizuno Pro 225 pushes the profile and size deeper in the realms of the tour – but commits more fully to the pursuit of ball speed.”
Specs: 4-GW (RH only) RRP: £200 per iron 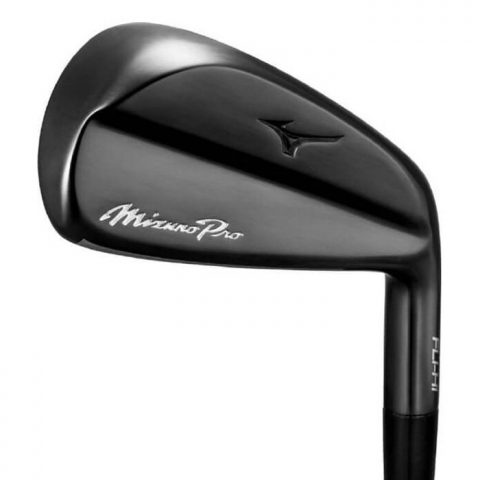 MIZUNO PRO Fli-Hi
A long iron replacement with a priority on ball speed – the Pro Fli-Hi is designed to be played with a graphite shaft. Relieved of the constraints needed to flow through a complete set, the Pro Fli-Hi has a longer head length, a little extra offset and a wider sole than the Mizuno Pro 225 long irons. With Mizuno’s first ever Maraging MAS1C face in an iron, delivering vastly increased ball speeds, it’s a powerful driving iron.
Jeff Cook, Mizuno’s PGA Tour Manager, says: “Over the last couple of seasons, we’ve noticed that there are two types of tour player – those who predominantly use their long iron hybrids into greens and others who use them to hit more fairways. With the Mizuno Pro 225 and Fli-Hi, we’ve got options for both – or to meet changing demands players might encounter at different types of courses.”
Specs: 2-4 iron (RH only). RRP: £250 per iron