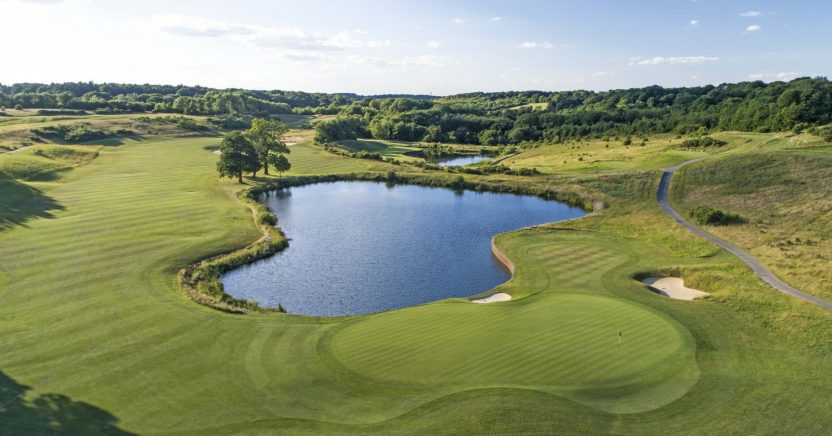 After a break of three years, the Staysure PGA Seniors Championship makes a welcome return to the schedule with a new title sponsor and an acclaimed venue in London Golf Club in Kent from August 2-5.

Golf News has teamed up with the Staysure Tour and London Golf Club to offer you the chance to win a round for four people on the outstanding International Course, which will host the prestigious 72-hole stroke-play event.

The prize is available midweek subject to availability and must be booked in advance with London Golf Club.

Admission to the Staysure PGA Seniors Championship is free of charge, but we will provide the winner with a pair of Clubhouse Access passes for the week of the event, so that you can enjoy the competition out on the course and relax in comfortable facilities afterwards.

Three pairs of Clubhouse Access passes for the Championship are also available to the runners-up. 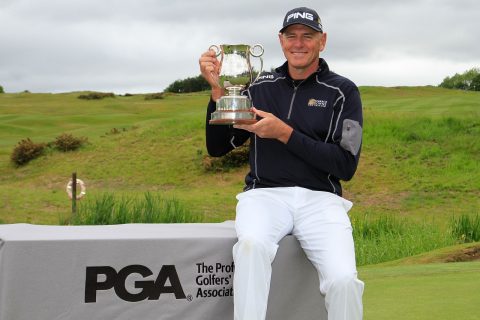 The return of the PGA Seniors Championship
The PGA Seniors Championship, last played in 2015, returns to the over-50s circuit from August 2-5 and will this year have special significance by becoming the first event to be hosted by Staysure – who this year became the first ever title sponsor of the European Senior Tour.
The PGA Seniors Championship was inaugurated in 1957 and in its early years delivered a series of wonderful champions, including three Open winners in Kel Nagle, Max Faulkner and the great Peter Thomson, who sadly passed away very recently.
Since becoming sanctioned by the European Senior Tour (now Staysure Tour), the event has been won by a host of outstanding champions in Brian Huggett, Tommy Horton, Neil Coles and Sam Torrance.
This year’s renewal – three years after Australian Peter Fowler captured the title at Close House in Northumberland – promises to be an unmissable event which falls just one week after The Senior Open Presented by Rolex at the Old Course, St Andrews. 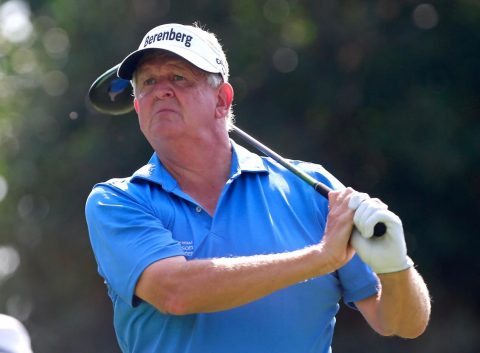 Among the world-class players on display over the four rounds – the first two of which are played in the Alliance Pro-Am format – are two winning Ryder Cup captains in Colin Montgomerie and Paul McGinley and two-time Senior Major winner Paul Broadhurst, who will attempt to add the PGA Seniors title to the KitchenAid Senior PGA Championship he won in the USA earlier this year.
The stars on the over-50s circuit will be battling it out for the £400,000 prize fund with the winner taking home £60,000 when the action gets under way at the London Golf Club in August.
Entry to the tournament is free of charge, with a £10 daily car parking charge in aid of charity.

LONDON GOLF CLUB
London Golf Club – the first European Tour Destination and part of European Tour Properties’ global network – has impeccable tournament credentials, having held European Tour tournaments in the form of the 2008 and 2009 European Opens and the Volvo World Match Play in 2014.
Known for its fast, undulating fairways and risk and reward tee shots, the International Course is set to provide the perfect setting for the first staging of the Staysure PGA Seniors Championship.
David MacLaren, Head of Staysure Tour, said: “London Golf Club is an outstanding venue and one which has a unique relationship with the European Tour, through our joint-venture partnership. We have to thank all those involved at one of the UK’s finest inland venues for agreeing to host the flagship event of our first year of partnership with Staysure.”

COMPETITION ENTRY:
For a chance to win a midweek fourball on the magnificent International Course at London Golf Club, plus a pair of Clubhouse Access passes for the week of the Staysure PGA Seniors Championship, answer the question below and email your answer to info@golfnews.co.uk, with ‘PGA Seniors Competition’ in the subject line. Please include a name, contact telephone number and an address.

The closing date for entries is Friday, July 20. Winners will be notified by Monday, July 23.

QUESTION: WHAT IS THE NAME OF THE GOLF COURSE OVER WHICH THE STAYSURE PGA SENIORS CHAMPIONSHIP WILL BE PLAYED?
a) The International  b) The Traditional  c) The Invitational