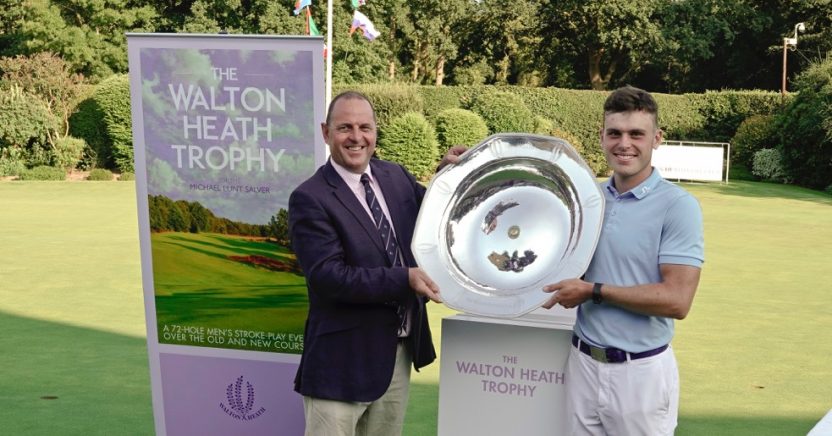 Tom Thurloway, from Chartham Park in East Grinstead, enjoyed a perfect dress rehearsal of a new life in Jacksonville, Florida, when he won the Walton Heath Trophy for the Michael Lunt Salver by two shots at scorching Walton Heath.In temperatures exceeding 30 degrees Celsius, Thurloway revelled in the July heatwave conditions, shooting rounds of 69,68,69 and 73 for a nine under par total of 279 to capture the impressive trophy by two strokes from Chelmsford’s Alasdair Plumb.

The 20-year-old from Crawley in Sussex coped superbly with the hot, dry and bouncy conditions, which is fortunate as the new champion is due to head to Jacksonville University in the Sunshine State of Florida this autumn. And, coincidentally, it was the weather which played its part in Thurloway’s decision to leave the University of Toledo after his freshman year to move to the balmy heat of Florida.“The weather in Ohio isn’t great,” admitted Thurloway. “In addition, there was also the fact that Toledo is ranked about 100th in US college golf while Jacksonville is around 50th. David Wicks (a past Arnold Palmer Cup team member and friend) advised me to switch.” 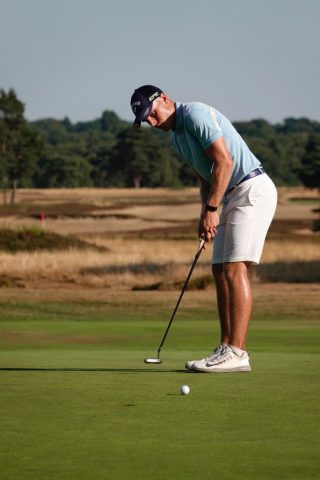 The Walton Heath Trophy brought Thurloway his first 72-hole stroke-play success, which he described as the biggest win of his career. A third round three under par 69 over the New Course had given him a two-stroke lead going into the final round over the Old Course and despite a mid-round stumble her held on to win by two clear shots. He added: “I had played terribly the week before in the Tillman Trophy and my head was all over the place. But I had a good chat with Ryan Fenwick, who coaches European Tour pro Justin Walters, and he cleared my mind.”Plumb, a former Loughborough University student and Essex County Champion, burst into contention in the third round with a best of the week 64 over the New Course before closing with a 73 overthe ‘Old’ to finish with a seven under par total of 281.