TaylorMade Golf has released details of its all-new SIM Max and SIM Max OS irons ahead their February 7 release date. 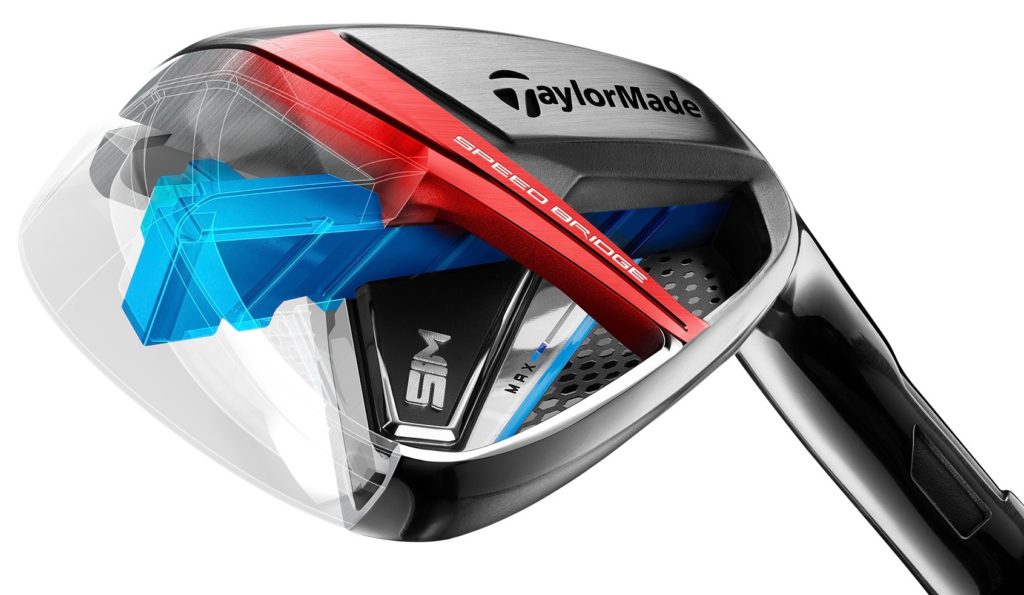 After first appearing in the M5 and M6 irons, Speed Bridge technology returns to deliver more refined performance with the SIM Max and SIM Max OS irons. Speed Bridge is a mass-efficient beam that spans across the cavity back of the iron, connecting the back bar to the topline. This shaping allows for improved stability in the upper face and supports the topline, preventing unwanted vibrations that create the harsh feels associated with traditional distance irons. The increased rigidity in the topline and upper perimeter of the face delivers improved sound and feel, while working in conjunction with a flexible Thru-Slot Speed Pocket engineered for increased ball speed and distance.

Thanks to the face stability offered by Speed Bridge, TaylorMade engineers were able to incorporate a Thru-Slot Speed Pocket in SIM Max and SIM Max OS. The slot stretches from heel to toe and completely disconnects the leading edge from the sole of the iron, which, in essence, creates a free-floating face. The collaborative technologies allow the face to hinge upon the topline for enhanced flexibility, more ball speed and greater forgiveness on shots struck below centre. Through further analysis, TaylorMade engineers were able to redesign the face and optimise the relationship between the stiffness in the Speed Bridge and the flexibility in the face. The result is a thinner and faster face with a larger sweet spot as compared to the company’s previous model. 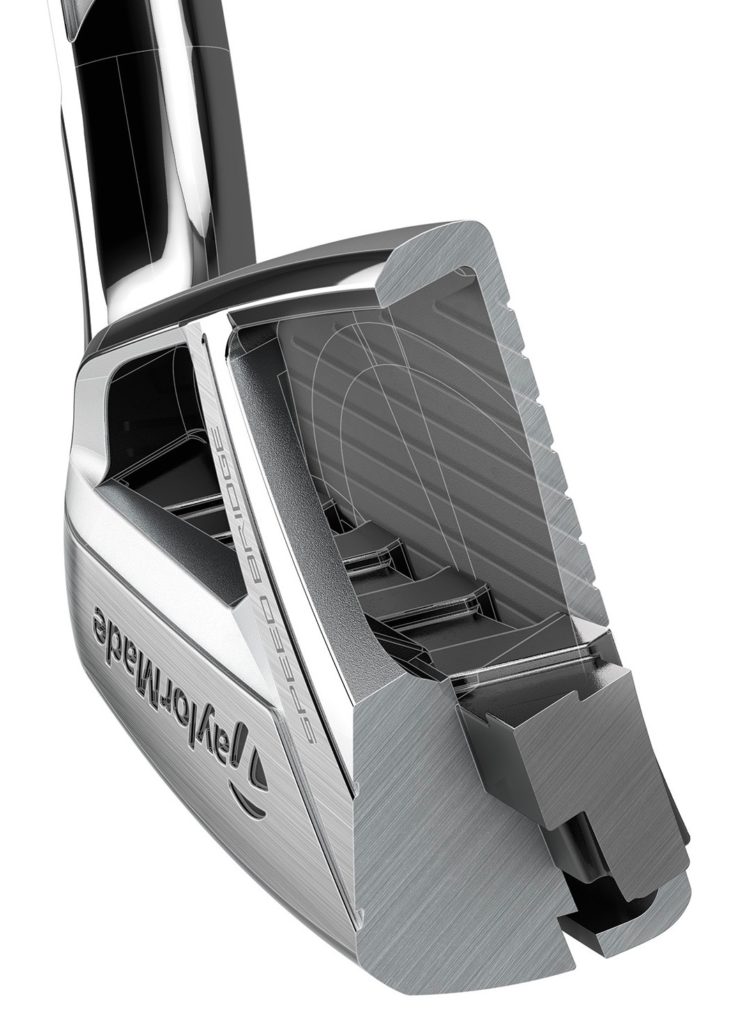 The all-new ECHO Damping System aims to provide better feel without sacrificing performance. This uniquely shaped damper design stretches across the entire face from heel to toe using multiple contact points for accelerated vibration damping. The design is driven by Vibration Damping Channels that wrap around the entire structure. These channels allow the damper to compress at impact, giving the material a place to disperse without inhibiting movement in the face.

The ECHO Damping System and Speed Bridge work in unison to deliver forged-like feel. In company testing, SIM Max and Max OS consistently produced impact frequencies (the sound at impact that players interpret as feel) in line with those of forged-construction irons. Collectively, these technologies reduce unwanted vibrations at impact and allow the golfer to get feedback on the strike – a performance characteristic commonly reserved for forged irons.

TaylorMade’s Inverted Cone Technology is now uniquely positioned in each SIM Max and SIM Max OS iron to both increase the sweet spot and minimise the effects of common mis-hits. ICT is positioned in the centre of the face on mid irons to deliver performance exactly where golfers need it the most.  TaylorMade’s archive of club data shows that longer irons struck towards the toe have a greater tendency to miss to the right. With this in mind, engineers progressively positioned ICT towards the toe in both SIM Max and SIM Max OS to generate a draw bias in the longer irons to minimise the common miss to the right. It’s positioned the furthest toward the toe in the 4-iron. 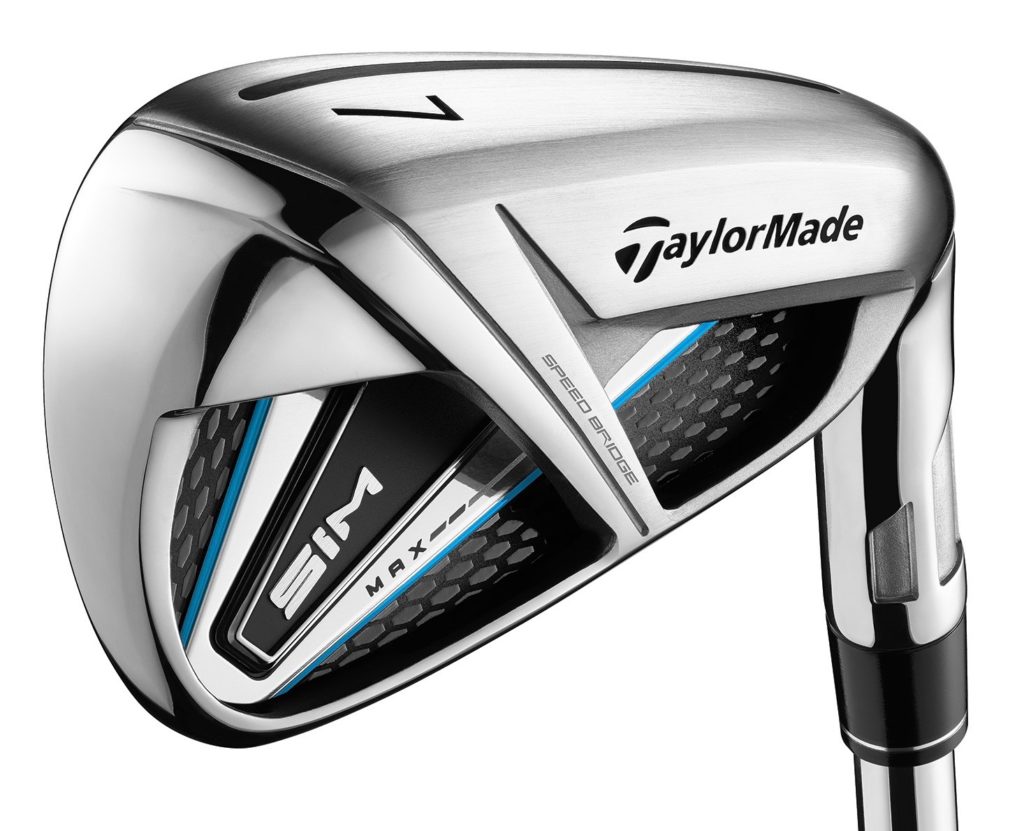 Designed for the golfer seeking all-around performance in a distance iron, SIM Max is built to deliver fast ball speeds, high launch and forgiveness. The Speed Bridge works in conjunction with the Thru-Slot Speed Pocket to provide incredible distance and forgiveness. The new ECHO Damping System contributes to the forge-like feel of the irons, while an ultra-thin 1.5mm face (even thinner than the M5 & M6 irons) delivers increased flexibility across the entire face.

A lightweight fluted hosel with a 360 undercut shifts mass from high in the club to the bottom of the sole for a super low CG. 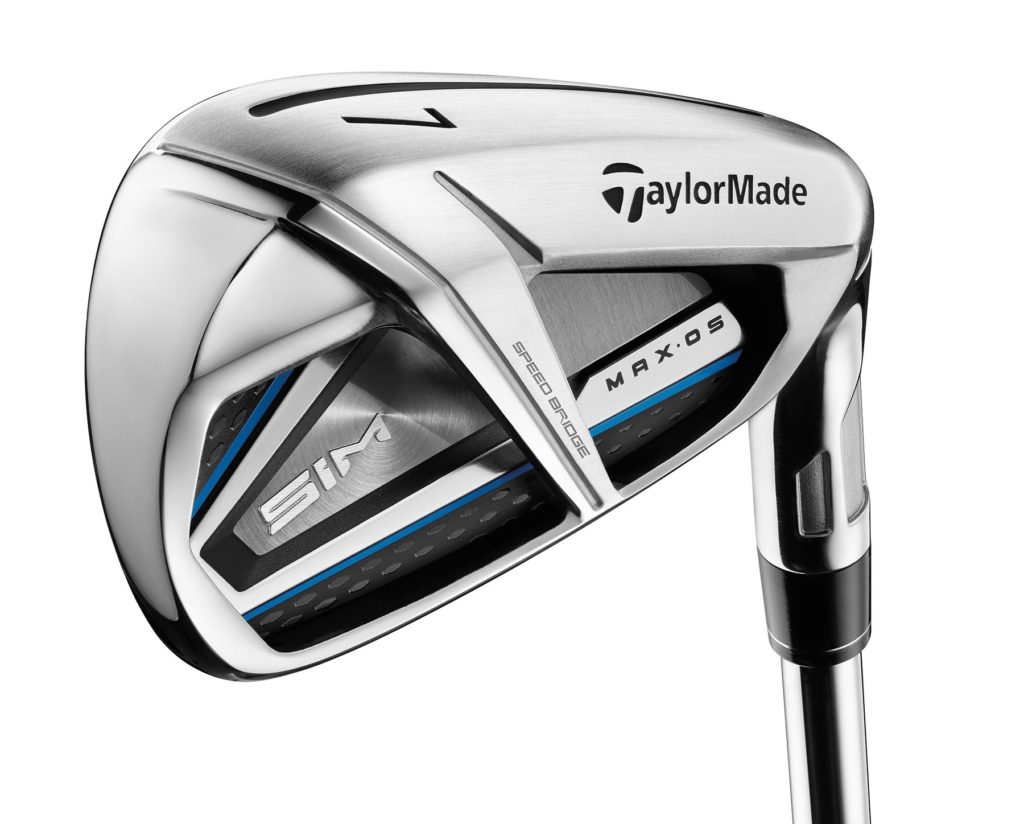 SIM Max OS is equipped with all the same technology that powers SIM Max, but bundled into an oversized package with a taller face to increase stability and a wider sole for forgiving turf interaction. The chamfered sole design allows engineers to drive CG low and deep to promote easier launch and significant ball speed. Stronger lofts protect the trajectory and produce a penetrating ball flight that makes SIM Max OS the longest iron in the current TaylorMade line-up. The shaft options are the same as for the Sim Max irons.

Both sets of irons are available for pre-order from today (January 10) and will at retail from February 7. For more details, visit www.taylormadegolf.eu.